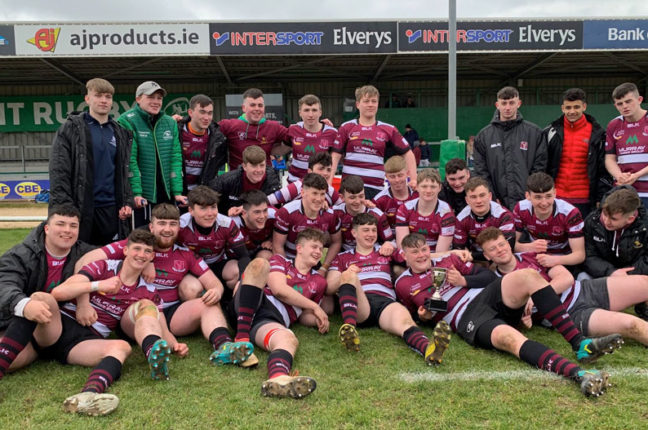 With three Connacht Finals in three days from this Wednesday evening to Saturday evening, it will be a lightening end to the Creggs competitive season. And it’s really encouraging that Under-17’s, Under-18’s and Under-20’s are in Finals at the business end of a season that has already delivered so much on and off the field for the club.

While we still have the Connacht v Munster Junior Inter-Provencial in Creggs on Saturday, May 11th. and also the opening of the new pitches and amenity walk also to come, the club will be concentrating on this very busy three days first. The club asks for a big support for the lads at these three big games.

First up are the Creggs Under 18.5’s, who defeated Corrib two weeks ago to win the Connacht League Final. They will play Monivea/Westport RFC’s in the final of the Connacht U18.5 Plate on Wednesday evening.

Next up are Creggs Under-17’s who defeated Corinthians RFC last weekend in the Semi-Final, will play Monivea RFC in the final of the Connacht Under-17 Plate next Saturday (27/04) in Crowley Park, Galway with a kick-off time of 12 Noon. See the Semi-Final match report below…

Then later on Saturday, Creggs Under-20’s will play Ballinrobe RFC in the Connacht Under-20 Plate Final, while the Under-20 Cup Final will be between Corinthians RFC and Ballina RFC. Both games will take place in Creggs, starting at 5pm.
While a lot of the Creggs Under-20 players were unavailable for the Cup Semi-Final v Corinthians RFC, the competition continues to prove to be a very worthwhile competition for the club. It serves to bring back in players who didn’t play this year as they were away at college etc. and it keeps them involved in the club and rugby.