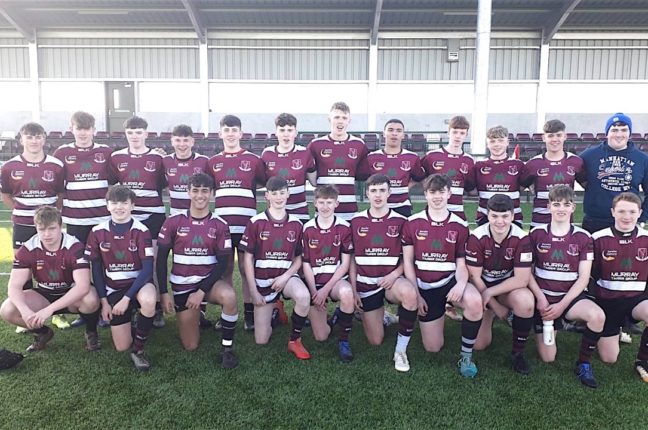 Creggs dominated the early exchanges in this contest and moved the ball with great purpose. Matthew Ryans quick thinking saw him follow up on a David Gacquin kick ahead and he skilfully scored in the corner. Soon after Tyrece Etete crossed the line despite brave Monivea defence. Kieran Purcell stormed over for a third try after quick hands from Gately and Dowd. Ryan then scored a superb individual try after great work from A Gorman and Leon Doyle.

Creggs continued their fine form in the second half with Michael Hoey , Lee Kilcoyne and James Murray to the fore. The back row led the charge through Connaughton, Kelly and Quinn. Filhmo provided the creativity out wide. Tiernan, Gregory and O’Rourke all made significant impact when introduced.

Mark Kilcommons finished a sweeping Creggs move in the corner, before Monivea struck back with a try of their own. David Gacquin with a brilliant individual effort breached the Monivea defence once more, Gately converted. Monivea had a purple patch late in the game but strong defence from Hoban, Killian and Kilcoyne helped secure a hard earned but deserving victory for the industrious Creggs side.