CBS Junior rugby team reached the semi final of the Connacht Schools Junior Development Cup when they guaranteed top spot in their Group with a victory over Athenry Vocational School last Wednesday afternoon in Creggs. Following victories over Davitts of Castlebar and St Marys Ballygar in the earlier rounds, CBS needed to win their last game in the league round to secure top spot and they did this with a 7 try performance.

On a dry pitch and with very little wind, CBS took early control of territory and were winning the battle up front, prominent for CBS early on were John Murray, James Fetherstone, Dylan Ward and Brian Collins who were securing possession at set piece and gaining good ground in the loose and the CBS backs through Michael Farrell Conor Shanagher and Adam Whyte were starting to stretch the opposition early on. CBS scored three tries in the first half through James Regan, Brian Diffley and Jack Gunning and had a 17-7 half time lead.

In the second half the CBS continued to play a very simple game plan by taking the ball on up front and then releasing their explosive back line and they scored another 4 well taken tries in this period, all out wide through James Brandon, Niall Cunniffe, Michael Farrell and Richard Hughes. Showing well for CBS also on the day were Sean Doorly, Dan Butt, Michael Feeley, Oisin Lyons and Ibragim Tsatiashvili. 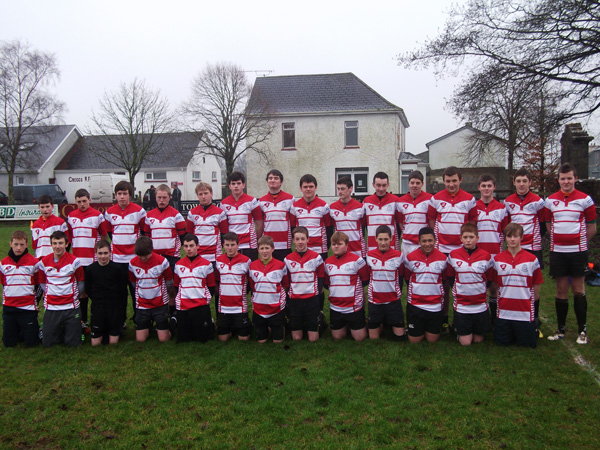