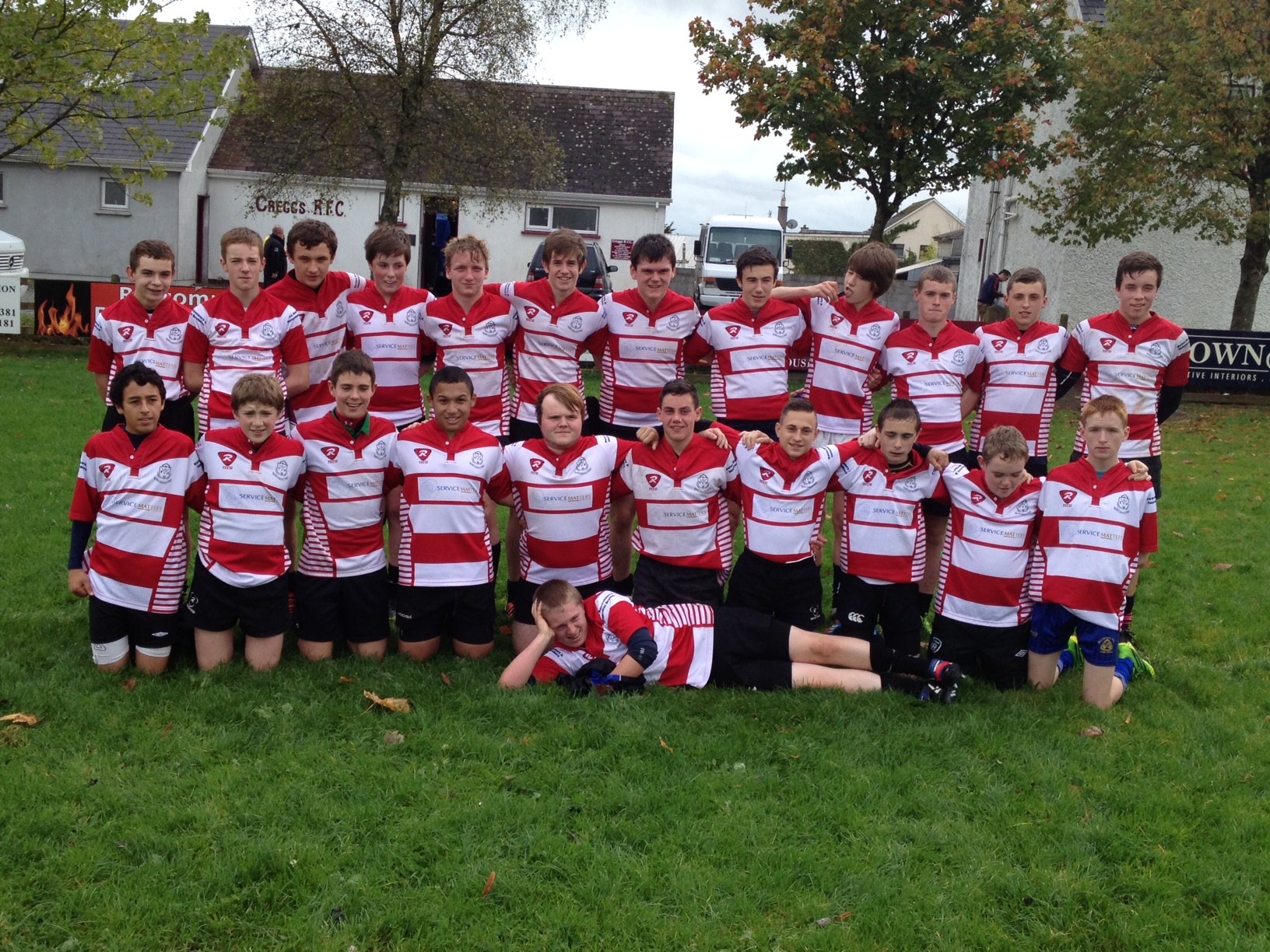 CBS Roscommon 22 -20 HRC Mountbellew
CBS Senior Rugby team battled hard to secure an excellent win over HRC Mountbellew in the Connacht U18 Regional League last Thursday. The Visitors HRC travelled with a very strong and physical side and they showed their strength in the opening minutes with a well worked score driving over from 10 meters out to lead 5 nil. CBS settled into the game and with John Brennan playing a very clever game at the unfamiliar position of scrum half CBS got their reward with a flowing backs move ending with Darren Campbell showing a lightening burst of speed to score. Noel Gately adding a penalty after HRC infringed at the breakdown and the CBS lead 8 -5

The CBS forwards were getting parity in the tight against the bigger HRC pack with huge performances from the CBS front row and lock James Regan. The home sides Diarmuid Cunniffe was looking a class apart for the second outing in a row and was clearly relishing the physical challenge of facing this big Mountbellew pack. CBS looked most likely to score but some excellent line out work from HRC saw them get in for the next score, a well taken try from their big 2nd row forward. Luckily for CBS, HRC’s kicker was having an off day and HRC lead 10-8. This was to be the half time score but only because of some huge tackling from CBS full back Jack Caltagirone and when HRC looked certain top score in the corner on the stroke of half time Conor Deane came from nowhere with an immense hit to insure his side remained only two points down at the break.

CBS started the second half confidently and perhaps slightly against the run of play were unlucky to concede a try with only a few minutes gone. However Noel Gately was now dictating this match from the fly-half position that would eventually see him score 17 points in the match. His Kicking from hand was clever and accurate and his electric pace saw him outstrip the HRC defence to score a try just avoiding the corner flag touching the ball down. HRC with strong forward play enjoyed their best period of the game that yielded another try, no doubt their haul would have been more and possibly they should have pulled clear but for excellent tackling from the CBS lads with Alex Syrex and Dylan Ward in the forwards and Rory o Brochalain in the centre standing out. A great break from Raymond Farrell resulted in another Gately try but this was cancelled out almost immediately with a well worked HRC score.

CBS Captain Dylan Keaveney was leading from the front and with only minutes remaining Noel Gately wizardry was more than the HRC defence could cope with as he scored his third try of the match to see CBS win by just two points. With two wins out of three CBS are in second place in the League.