CBS Roscommon 24     St Geralds, Castlebar 19
CBS Roscommon reached the Connacht Rugby Under-14 League Final after a hard fought win over St Geralds of Castlebar in Ballyhaunis last Wednesday. CBS will now travel to the same venue next Wednesday at 1pm for the final against the much fancied favourites St Josephs (The Bish) from Galway. 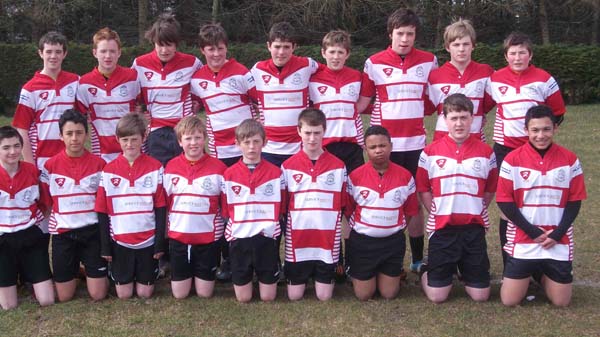 Played in very good conditions on a hard pitch CBS started the game very well and good work upfront by Gavin Carberry , Ryan Biesty, Baryal Khan and  Ian Conlon were setting up good possession for the backs and when the CBS backs moved the ball wide they looked dangerous and were rewarded after 8 minutes when Niall Cunniffe touched down in the corner to give CBS a 5 -0 lift.

CBS continued to attack but left themselves open to counter attack and St Geralds took the opportunity when it came to them 5 minutes before half time to score under the posts which they converted to leave the half time score 7-5.

The second half both teams ran the ball at every opportunity which was very refreshing to watch and CBS were first to score when again good work up front from Lennox Muso and Cillian Higgins,and again CBS moved the ball wide and Jason Haore dived over from close range which Shane Purcell converted. St Geralds then had their best spell of the game and they took the game to CBS and were making ground by picking and driving up front and were rewarded with a try in the corner to leave the score 12-12.

CBS rolled up their sleeves and took control for the next 15 minutes and a Great break from the back of the scrum by James Brandon, was carried further forward by Melvin Conteh and James Brandon once again picked and went over in the corner which was excellently converted from the touchline by Niall Cunniffe. From the

kick off CBS regathered the ball and James Brandon once again gathered and when he broke the first tackle he found open space in front of him and ran 50 metres up field to touch down in the corner giving CBS a 24-12 points advantage.

In the last play of the game a loose kick by CBS saw St Geralds run the ball back at the CBS and they were rewarded with the last score of the game leaving the final score 24-19.