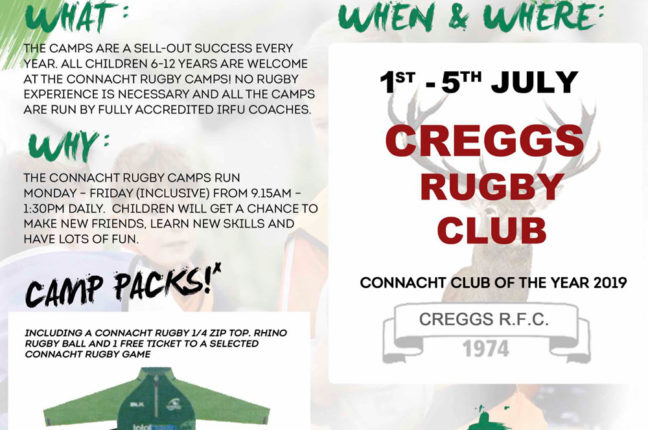 A big congratulations to all concerned with setting a new Connacht Rugby record attendance at the Mini-Rugby Summer Camp in Creggs earlier this month.

130 children took part in the great week long camp. The major event was praised by parents and all concerned as having been very well organised and most enjoyable camp. Our tanks to everyone who contributed to making it a great week.

Registration for Creggs Mini rugby for next season will be in early September.