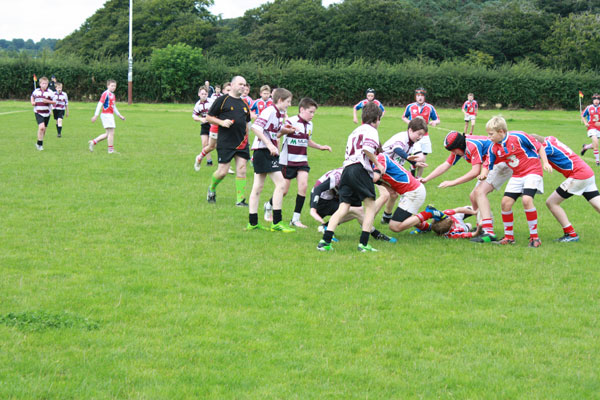 Creggs Under-19 player Ross Mugan has participated in and won a Facebook competition on behalf of the club.

Creggs Rugby is one of the lucky 40 winners of 15x Canterbury complete team kits consisting of a rugby shirt and a pair of rugby shorts and one top-of-the-range AEG L98699FL washing machine. Creggs FC is the only Irish club to win this great prize.

There are two extra stages to this competition where the club can win some further fantastic prizes! These include a once-in-a-lifetime opportunity to be coached by rugby legends at our own club grounds. For our chance to win this, we will need to submit a short video diary of our team (Under-19s) testing the kit and washing machine. I believe plans are underway to do this.

The ultimate prize, the ‘Best Seats in the House’, consists of two ex-international rugby players visiting the winning rugby club to watch and do live commentary of one of the Autumn International matches, plus catering for 100 guests at lunchtime.

For a chance to win this we will need to submit a photo of your team in their new kit. Then the prize will be awarded to the team who receives the most votes on AEG’s Facebook page.