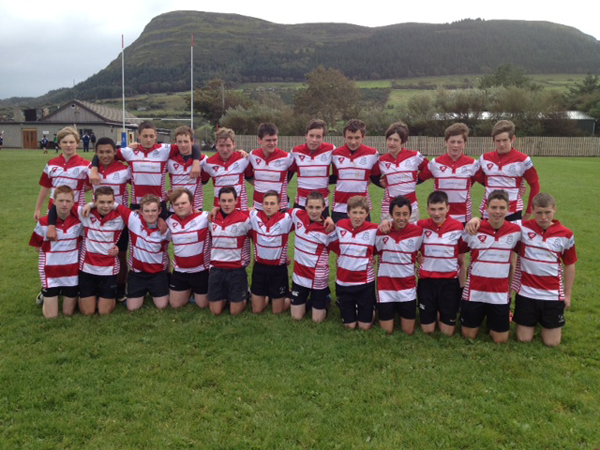 CBS Roscommon Junior Rugby Team took to the field in Sligo This Wednesday for their first ever game in the premier league of the Connacht League. Having competed very well in the Development leagues over the last two years at U14, U16 and Senior, this year CBS will go toe to toe with the established rugby schools in the province.

Their first engagement was a trip to Sligo to play Sligo Grammar School and they put in a very confident and competent performance coming away with a 31 – 17 victory.

Playing with the wind in the first half , CBS Roscommon played a very smart game plan and faced up to their opponents from the first whistle and were two tries up before their opponents had time to settle. Those early tries came from James McNally from a 5 metre scrum and from Melvin Conteh who picked and drove over from close in. Further tries in the first half from Conor Shanagher and conversions from Michael Farrell had CBS 24 – 0 up at half time.

CBS continued to play good rugby early in the second half and were rewarded after 5 minutes when James Fetherstone went over to give CBS a 31-0 lead. Playing against the stiff wind Sligo were always going to get territorial advantage during this half and they did just that and reduced the deficit with 3 late tries and a conversion to leave the final score CBS Roscommon 31 Sligo Grammar 17.