The Connacht plate final U15’s was played in Buccaneers on Sunday with an impressive Galwegians team just getting the better of the Creggs lads in high quality match. Conditions on the day were perfect for rugby and it was Creggs who started strongly attacking through the centre channels using their dynamic centre Sam Sullivan and full back Aaron Hannon to crash over the gain line. On 10 minutes the Galwegians defence infringed at the breakdown giving Creggs out half Mark Purcell a difficult opportunity to kick for goal. Belying his young years Purcell struck the ball majestically over the cross bar for an early 3 nil lead.
The Galway City lads responded strongly and Creggs who were without their influential number 8 Jack Keegan through injury were scrambling in defence. The impressive Wegians winger Tyrone Ezeogu looked very dangerous and only some last ditch defending from Creggs kept him from crossing the try line. With ten minutes to half time the Galway City team were awarded a penalty for offside in front of the posts and out half Daniel Redden slotted over to level the match. Creggs found another gear and were pushing for a score when against the run of play Galwegians cleared their lines and a perfect bounce favoured their winger Sean Nohily who skipped in for the games only try and the Galway team went in at the break leading 8-3.
Creggs started the second half in similar vein to most of the first half, strong performances from the forwards with Rory Callaghan and Thomas O Brien very prominent and captain Aodah Hession controlling the game from scrum half. Indeed Hession was very harshly penalised by the referee for holding on with Creggs only a meter out and looking certain to score. As the half progressed it was evident it just wasn’t to be the day for the lads from the “Village”. Despite their best efforts and dominating in many areas the Galwegian defence was excellent and managed to keep Creggs out and indeed the Galway team added a late penalty again from Redden to run out winners 11-3 and lift the Connacht U15 Plate. 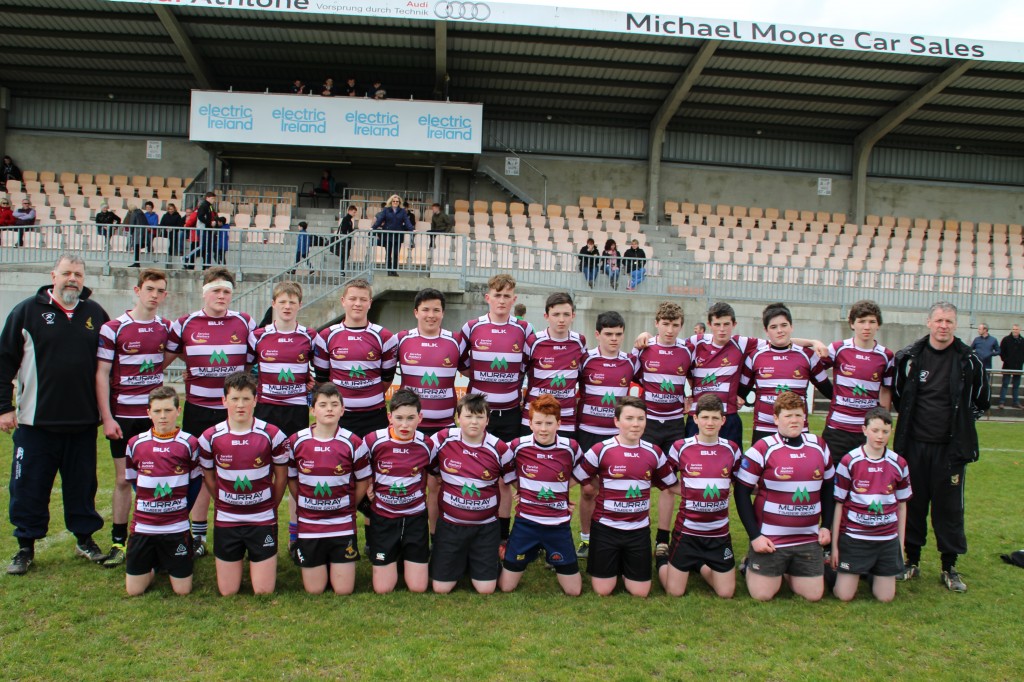