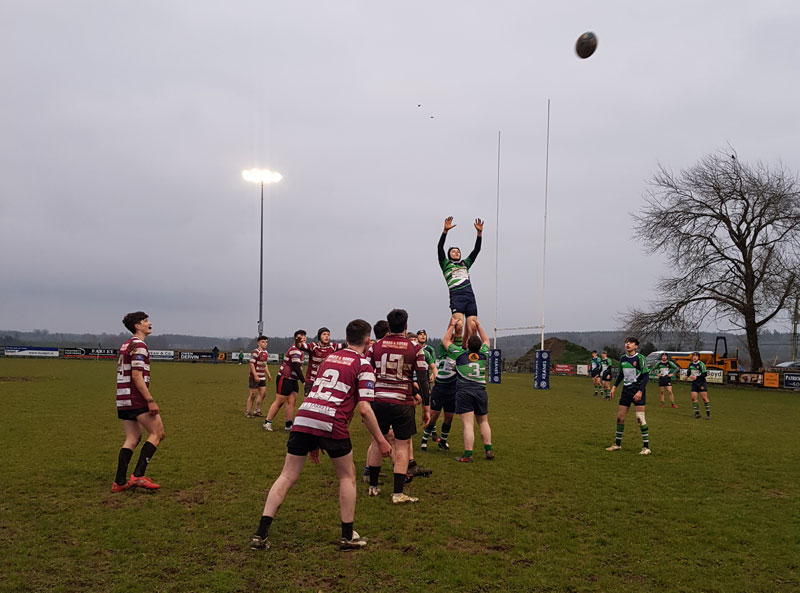 Creggs RFC 29 — Oughterard RFC 17
A strong performance from the home team saw Creggs RFC U17’s through to the Connacht Plate Semi Final.
In perfect conditions for rugby Mark Purcell struck first with a penalty for the Village team after an infringement at the ruck on the 10 meter line. Creggs looked to dominate but somewhat against the run of play the Oughterard full back capitalised on a poor clearance and returned for a try under the posts to lead 7 -3.

The excellent Jack Tucker powered over for Creggs next try and what was turned out to be his first of four tries in a man of the match winning performance from the Creggs and Connacht U16’s star. Thought Oughterard never gave up and stayed in the match with some fine scores the Creggs lads always had enough to see this match over the line and progress to the Plate semi-final against Carrick on Shannon.