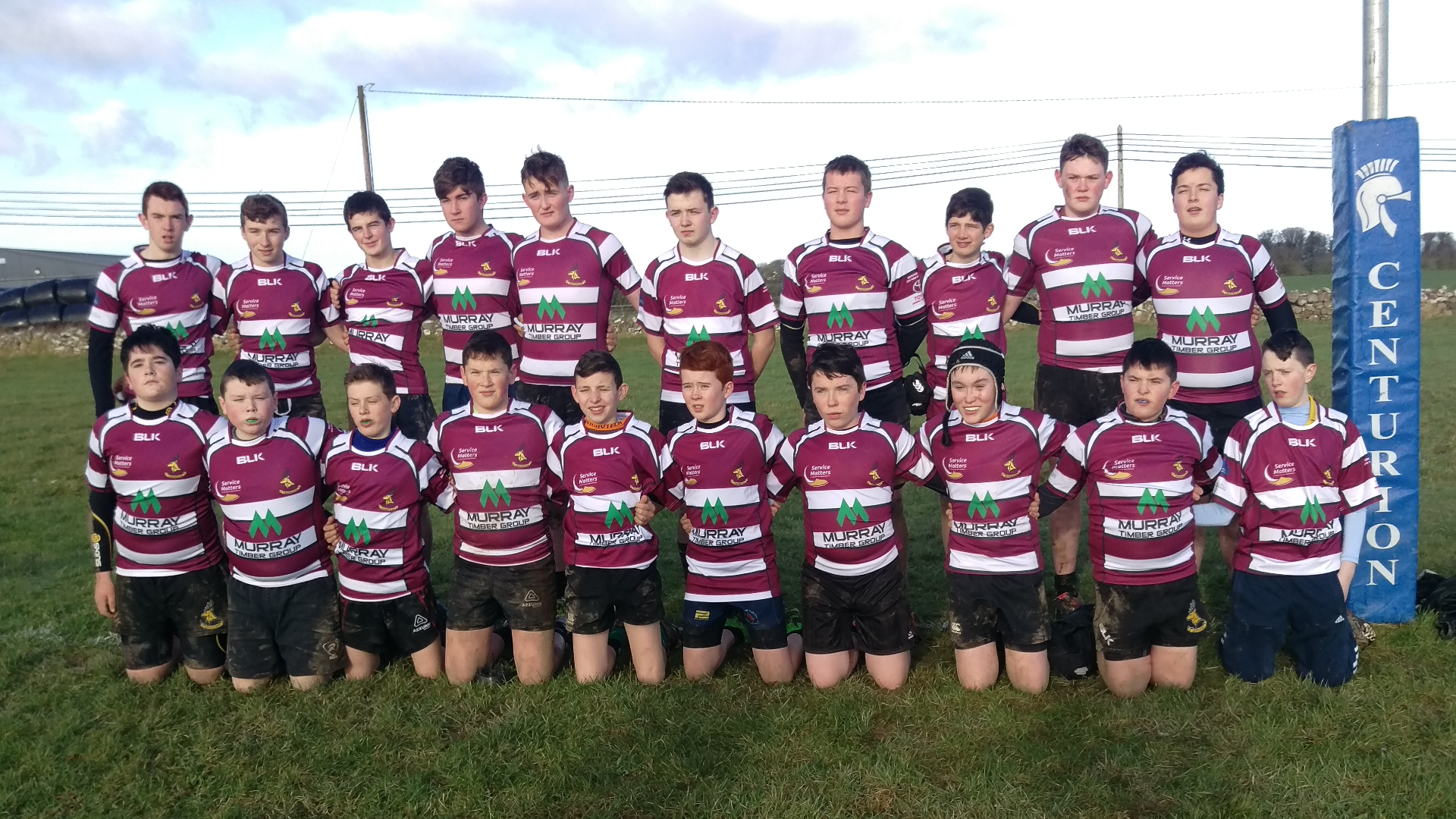 It was a sunny Sunday morning in Creggs that welcomed Under-15 Connacht League table toppers Ballina RFC to the village for what turned out to be a very hard fought and dogged encounter.

With the recent inclement weather putting paid to so many fixtures over the last month both teams were itching to go from the kick-off. Creggs very much the underdogs looked the better teams in the opening encounters with their big forwards, ably led by “pack leader” Jack Tucker, making the hard yards. 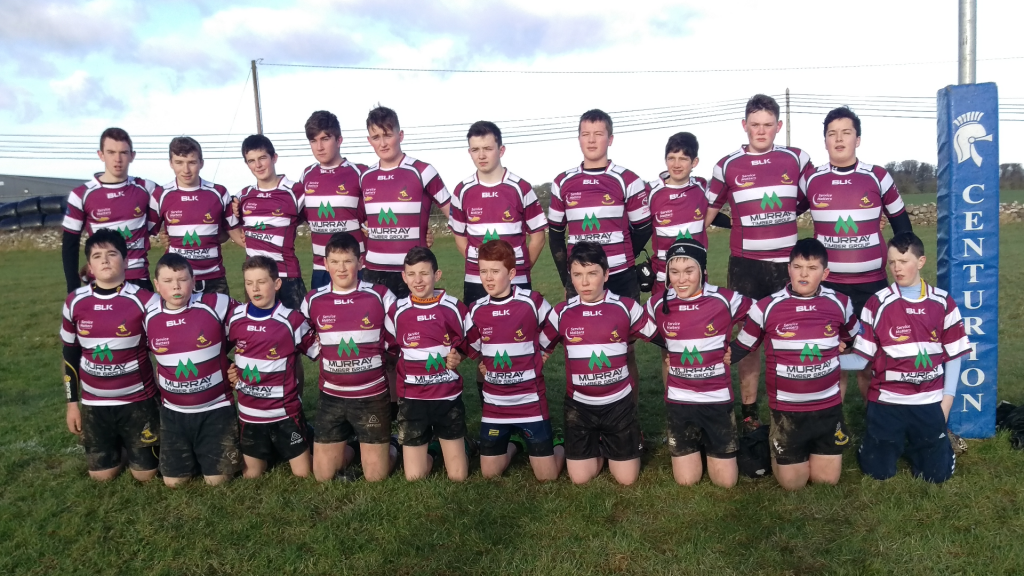 Pictured is the Creggs Rugby Under-15 squad that drew with Ballina RFC last sunday in the Connacht League.

However a scrum taken against the head saw Ballina attack deep into the Creggs 22 but their winger Michael Gillespie was bundled into touch 10 meters out. Then despite winning the lineout Creggs were charged down by Ballina’s hooker Mark Walker who outpaced the Creggs defence to touch down for a converted try and a 7 nil lead.

Ballina were now in the ascendancy and only for resolute defence from Creggs centres Sam Sullivan and Ciaran Neil-Smith that kept the Mayo men out as half time approached.

The Crreggs front row of Tom Farrell, Evan Comiskey-Hoare on for the injured McGuinness and Thomas O Beirne were getting to terms with their opponents and some hard yards from Lorcan Maher and Jack Keegan had Creggs fighting hard for a score before half-time but it wasn’t to come and Ballina were just about value for their lead.

The home team captain Aodha Hession having one of his best games in the maroon jersey was now dictating the pace of the game from scrum half and his partner at 10 Mark Purcell was kicking majestically belying his young years,

Creggs were now on top but couldn’t find the final pass to score. At the breakdown Jack Hanley and John McDonnell were immense and the turnover count was heavily in favour of the home team.

On 45 minutes Creggs were attacking deep in the Ballina half and were awarded a penalty for an infringement at the ruck. Hession took the quick option and put Jack Keegan in on the blind side, still with three defenders to beat, Keegan classically handed off the Ballina number 8 and powered over for a Creggs try. Purcell added the extras with a difficult conversion.

The home team upped the pace again as they went after the victory going wide on several occasions looking to get wingers Leigh Doyle and Ryan O’Keeffe in for the decisive score but a resolute Ballina defense kept the Creggs lads from crossing the line again.

The introduction off the bench of Eric O Doherty, Karl Healy and Diarmuid Quinn strengthen the home team with fresh legs and they threw everything they had at Ballina but were held up just short on several occasions.

Indeed against the run of play Ballina almost made the decisive play taking a quick penalty in their own half and going the length of the pitch but the ever dependable Creggs full back Aaron Hannon was not found wanting and the match finished in a draw with both teams earning plaudits from the sizable crowd for the excellent standard of rugby played. Well done indeed for a great team effort!