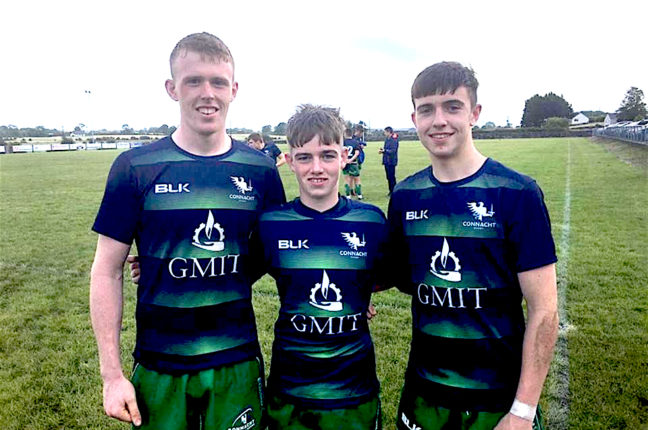 About 100 of the best young rugby players (Under-16’s and Under-17’s) in Connacht and Munster, with a good crowd made for a great days rugby in Creggs last Thursday.

The coaches played 3 x 30 min Under-17 segments, and in the and Under-16s played 2 x 30min segments. Both Connacht and Munster can look forward to getting stronger teams in the future with some very good young players putting in great displays.

There was mixed weather but the all-weather 4G pitch stands up to all weather, and a good crowd filled the stand and witnessed some very good rugby.

The 4G pitch also hosted a number of Connacht Rugby School League Finals prior to Christmas, with teams expressing their delight with the surface.