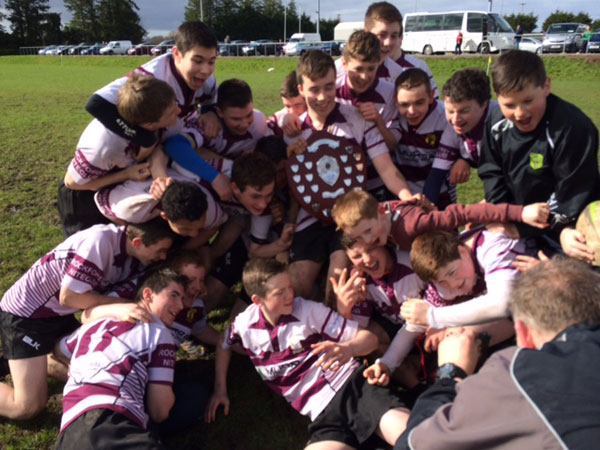 Creggs U15’s claimed the Connacht U15 League Title after a very competitive final played in Ballyhaunis last Sunday afternoon. After losing in last years final, Creggs had hoped to go one step further this year and this game was up for grabs for both teams until late in the second half when Creggs Pulled away.

Creggs actually began the game better and they had the better of the opportunities however it was Ballina who took the lead after 10 minutes when an intercepted pass in Midfield gave them a try under the post which they converted giving Ballina a 7-0 Lead. Creggs continued to attack and were rewarded after 14 minutes when the Creggs forwards through Melvin Conteh, Brian Maloney, Danny Arnold and David O Gorman gained great ground and a sweeping move across the Creggs Back line allowed Niall Cunniffe to score in the corner. Creggs went straight back on the attack from the kick off and were rewarded with a penalty at the breakdown which Ronan Dowd converted to give Creggs an 8-7 Lead.

Ballina were putting in kicks over the Creggs back 3 in an effort to gain territory however when Shane Purcell picked up a loose ball in his own 22″ and attacked from there, he released James Brandon who made a great break only to be hauled down inside the Ballina Half, Creggs continued to attack and a Cross field Kick from Creggs Ronan Dowd was gathered by Cian Gately who still had a bit of work to do to beat two defenders to score under the posts which Ronan Dowd converted to give Creggs a 15-7 Half time lead.

Ballina Started the second half on the attack and were rewarded with a penalty when Creggs were offside at the ruck which they converted reducing the deficit to 15-10. The game was now there for anyone to win and for Creggs Ian Conlon, Michael Conroy, Dylan Crehan and Jason Hoare were showing well. After 17 MInutes however Creggs got the all important score through James Brandon after a sustained period of pressure in the Ballina 22, Shane Purcell got the conversion which gave Creggs a bit of Breathing room with a 22-10 lead. Brian Maloney was just held up short before Eoghan Coyle got Creggs last try with 5 minutes left which Shane Purcell also converted extending the Creggs lead to 29-10.

Ballina had the last say with a try in the last play of the game to leave the final score 29-15. 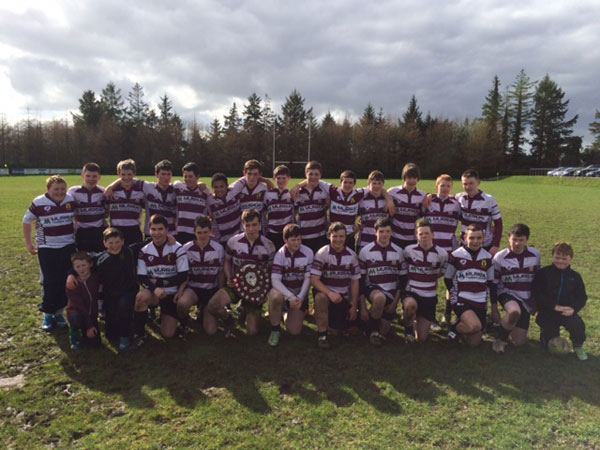