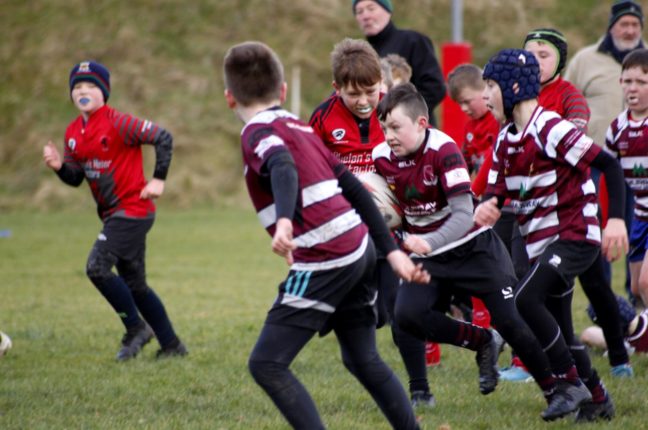 This coming Saturday, all Creggs Mini Rugby Teams (Under-7’s, Under-8s, Under-9s, Under-10s, Under-11s, and Under-12’s) will take part in a Blitz hosted by Ballinasloe RFC.
Everyone on the pitches in Ballinasloe and ready for 10.30 kick-offs please.

Picture showed a representative from Connaught Rugby asking the young players their views after the games in Claremorris. The initiative by Connaught Rugby of ‘Silent Sidelines’, where no coach or parent speaks to players while the games are on. They can instruct the players only before their game and again at half time.

Creggs MINI Rugby always welcomes new players. We will have boys and girls teams from Under-7 (six year-olds) through each year up to Under-12’s. Come along and try it out on Saturday mornings when there isn’t a Blitz on. Registration is available on-line and the new season that will run through to April 2020.

Parents welcome to help with coaching