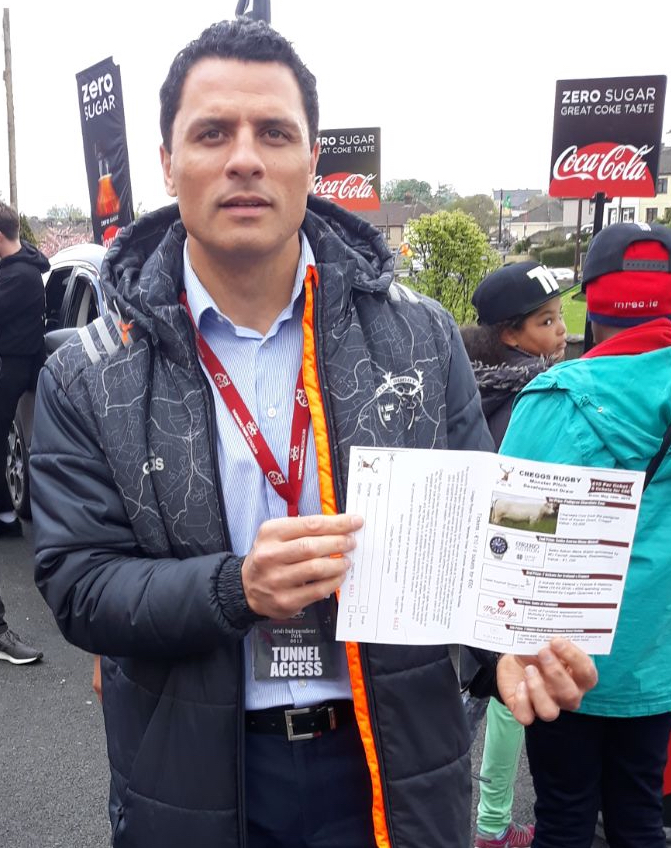 Tickets are still available for the Creggs Rugby Pitches Development Draw from all Members and Players at €10 each or €50 for a book of 6. Tickets also on sale in Roscommon Town at MJ farrell, Jewellers, Church St.

The on-line ticket sales service will run until 6pm on Saturday evening. Please let all your family and friends living away elsewhere in Ireland or abroad that draw tickets can also be bought very simply and securely on-line at: www.CreggsRugby.ie

All sellers are requested to please return your tickets and money to your group leaders before each Thursday evening, with returns still open until Saturday afternoon.

There are 26 great prizes, and you can support the club is providing the first full-size IRB approved 3G rugby pitch in Connacht, as well as other grass pitches and facilities.

Leinster play Racing 92 in the Champions Cup Final on Saturday afternoon (KO 4.45pm Irish time). Later in the evening the Creggs Monster Pitch Development Draw will take place in Creggs. It will preceded by presentations of medals to Youth teams at 7pm; we will honour our former Lady Rugby Internationals, and also have the medal presentations to both our senior teams who won promotion this season.

Club members – players, coaches, parents, children, as well as sponsors, supporters and friends of Creggs Rugby are all welcome next Saturday evening.