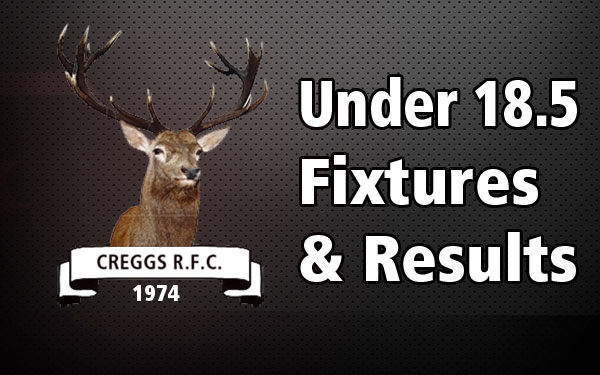 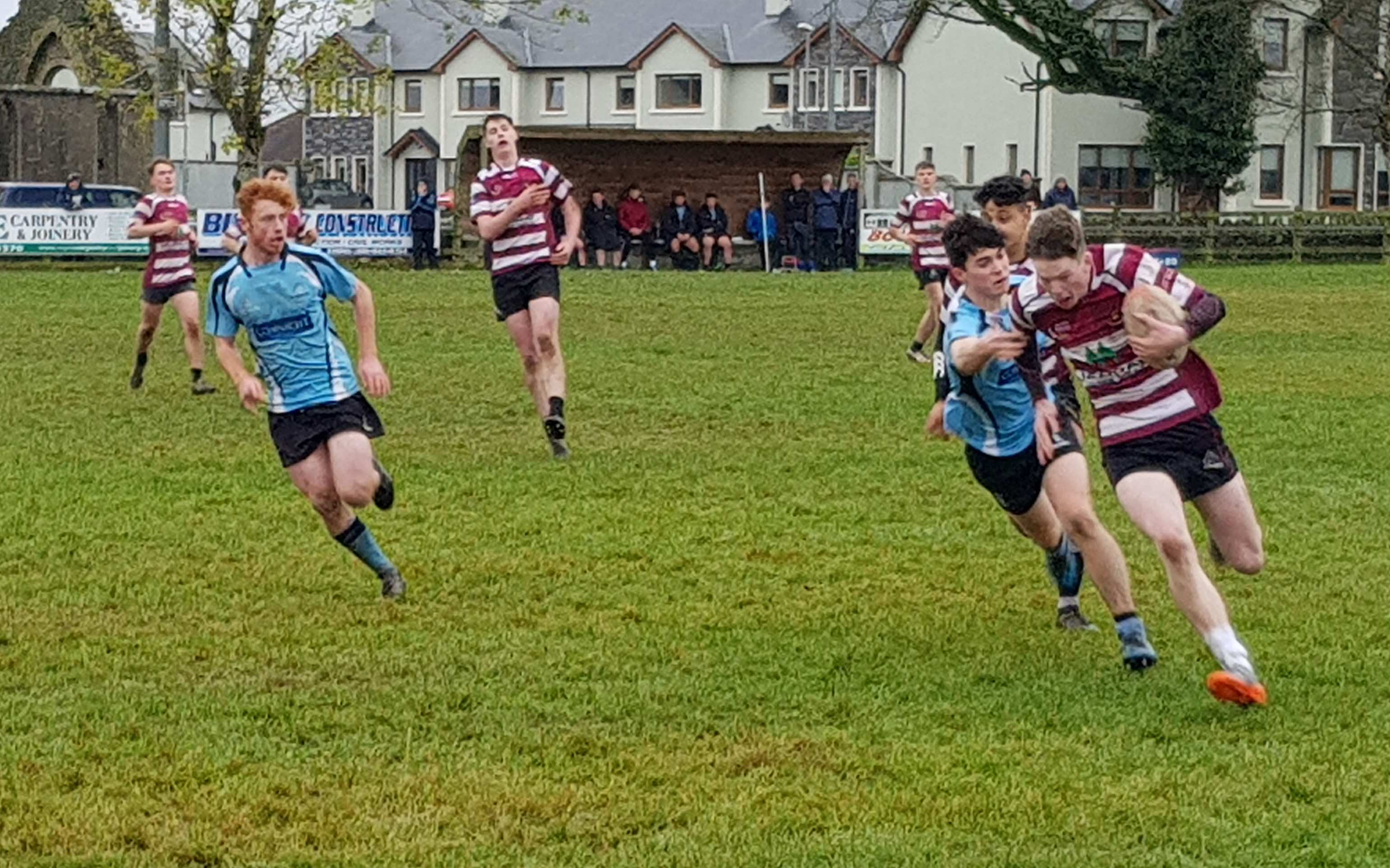 Ronan Dowd breaks through the Galwegians backline with Eoghan Coyle in support – Creggs U-18.5’s defeated Galwegians on Sunday by 34 points to 7.

Very much like last week Creggs came out of the blocks flying and played a fantastic brand of rugby with the forwards on the front foot and the backs running the ball at every opportunity.
Up front Adam Finnerty, Brian Maloney, Aaron Glennon were very prominent early on, with big carries time after time, Tim Lambe and Eoghan Coyle exploited the space to release Ronan Dowd and Amuray Duarte.
Aodha Hession was a very effective link between forwards and backs and made some great decisions in the early stages and up front John McDonnell and John Martin were defending very well and putting huge pressure on the Galwegians attack when they did have the ball.
It was from this pressure that Creggs managed to turn over ball and did lead to two of Creggs five first half tries from Mairtin Quinn (3), Aodha Hession and Killian Higgins with Tim Lambe converting two giving Creggs a 29-0 half time lead.
The second Half was a much more even affair as Galwegians upped their intensity and were attacking the Creggs rucks and making life much more difficult for the Creggs backs. Tom Farrell, Thomas O’Brien and Aidan Conneely did well on their introduction, but Galwegians did manage to get the first score of the second half which they converted to reduce the deficit to 29-7.
However, Creggs regrouped and again the forwards did some great work especially through Danny Arnold and Mathew Curley and when Creggs released the backs Eoghan Coyle raced in unopposed to touchsown and leave the final score Creggs 34 Galwegians 7.
Creggs U18.5’s have a well deserved week off next weekend with their next league game away to Castlebar RFC in two weeks.