Creggs Mini Girls took part in a Blitz in Athlone on Saturday morning thanks to all those that attended. Next week Creggs Mini girls will play Ballinasloe RFC Girls in Ballinasloe on Saturday.
A text will go out to all players and we expect kick off to be at 10.30am Saturday.

Creggs Mini Boys will welcome Longford RFC U8’s to U12’s this weekend and Ballyhaunis RFC U8-U10’s for a blitz on Saturday morning. Kick off at 10.30am. Players please be In Creggs at 10.10am.

Creggs Rugby Under-13’s had a win over Carrick On Shannon RFC in a friendly in lovely conditions on Sunday morning. It was a useful exercise as everyone got a good run out.
Creggs Under-13’s will play Castlebar RFC in the Connacht Under-13 League on Saturday in Castlebar at 12.30pm. Training continues as usual and new players welcome.

Creggs Rugby Under-14’s played Ballinasloe RFC in the Connacht Under-14 League on Sunday morning in Ballinasloe and put in a very good performance going down 12-0 to a very strong Ballinasloe outfit. Ballinasloe who are strong favourites for the League, got their first score just on half time when they won a Creggs scrum in the Creggs 22″ and picked from the back of the scrum and beat the Creggs defence to touch down under the posts to take a 7-0 lead,
Creggs had the better of the start of the second half and both Luke Divilly, Andrew Naughton and Lorcan Maher all went close before Ballinasloe eventually cleared their lines and when they got into Creggs Territory they took their opportunity and scored a try from another 5 metre scrum after 15 minutes of the second half.
Creggs finished the game near the Ballinasloe line but again just panicked when the try line was at their mercy when they took wrong options. This was a very good performance though and a good learning curve for this Creggs side, which we will see a lot more from as the season goes on.
Creggs Under-14’s have no game this coming weekend, and training continues as usual. New players welcome.

Creggs Rugby Under-16’s will wonder how they lost this league game on Saturday in Dunmore. The Creggs team didn’t have any game in 4 weeks due to cancellations and a rest weekend and they looked very rusty during this game.
After 2 very good wins in their previous games played back in early October, Creggs had gone into this game with confidence but they managed to knock on the ball more often in this game than they probably will in the rest of the season so having a game under their belt will obviously help this team. Creggs began the game well with a penalty through Tim lambe and were 8-0 up when Gustavo Rodriques scored in the corner after a good move from the back of the scrum released the winger to score in the corner. It was then that things began to unravel for Creggs when they had possession in their 22″ and failed to kick clear they gave away a penalty under their posts after not releasing at the ruck in the last play of the half but still took at 8-3 lead into ther second half.
You would have expected Creggs to kick on now but unfortunately knock ons and a few poor decision meant they never added to their tally and when Claremorris intercepted a pass and scored under the posts and converted with 6 minutes left you expected it was going to be one of those days with Claremorris now leading 10-8.
Creggs played their best rugby in the last 6 minutes and laid siege to the Claremorris line and were awarded a succession of penalties and were held up short on a number of occasions and only for bad luck and some excellent defending Claremorris held out.
Creggs will play Castlebar RFC this weekend. The time to be confirmed. Training continues as usual and new players are always welcome. 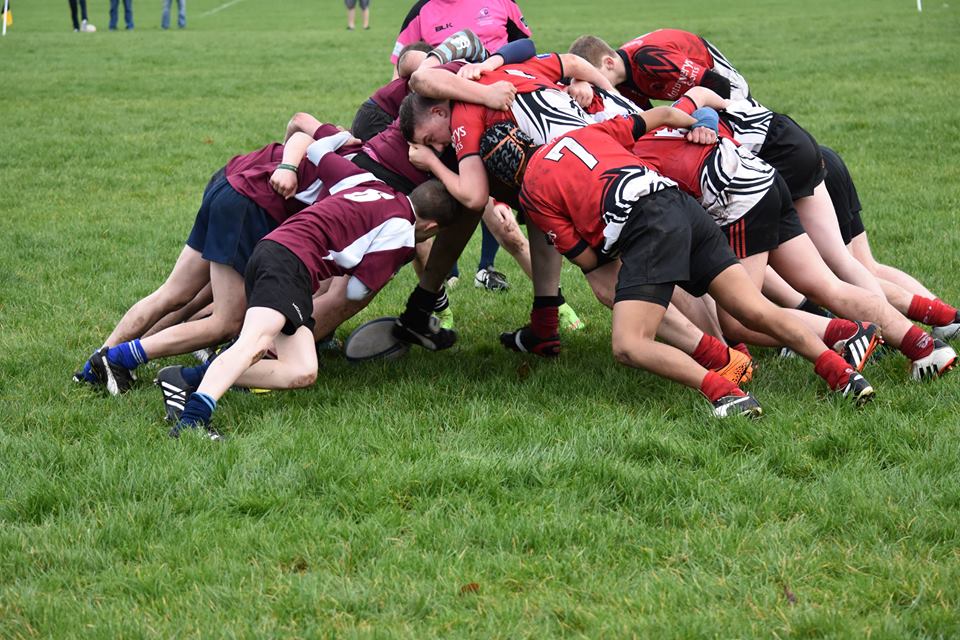 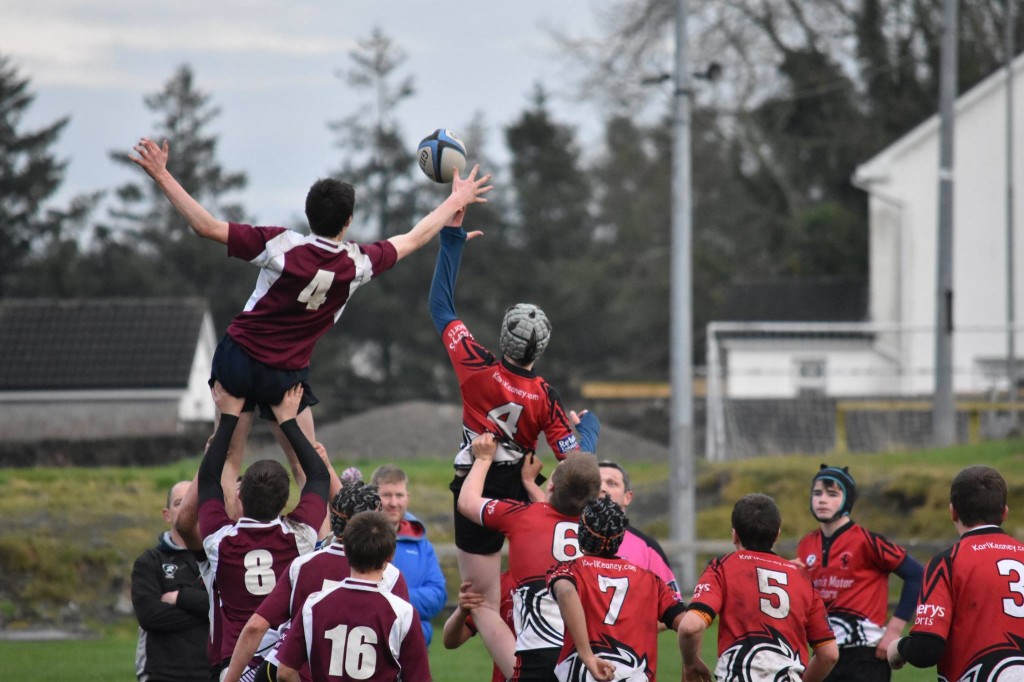 Creggs U17’s made it two away wins on the trot when they overcame Ballinasloe RFC in a lively encounter on Sunday afternoon in Ballinasloe.
The game was very even in the first half as both teams slugged it out up front and both teams had periods of dominance that resulted in scores for each team. Creggs took the lead after 10 minutes when Creggs ran a penalty 5 metres out and Rian Biesty crashed over for a score which Ronan Dowd converted, Ballinasloe replied with a good try after 18 minutes when they touched down in the corner after good work from the forwards.
Creggs regained the lead before half time after good work from Melvin Conteh, Ian Conlon and Danny Arnold resulted in a score for Eoghan Coyle which Dowd again converted giving Creggs a 14-5 half time lead.
In the Second half Creggs took territorial control and after some good work up front from David O Gorman, Brian Maloney and Dara Byrne Rian Biesty crashed over his second try which stretched the lead out to 19-5, the Creggs back line now started to take control of the game and ran in two excellent tries, the first from Jason Hoare after 7 minutes after good hands from , Eoghan Coyle, Shane Purcell and Niall Cunniffe put Hoare in the corner stretching the lead to 24-5.
Ballinasloe then made a rare excursion into the Creggs 22″ and good work by the forwards they punched holes in the defence and got the score to reduce the deficit to 24-12, Ronan Dowd then kicked a penalty to put the result beyond doubt and to stretch the lead to 27-5 before another excellent try through the Creggs backs after 22 minutes when a Maul at the lineout released the excellent Creggs backs and the ball went through all the backs hands for Adam Canny to score an excellent try in the corner which Dowd Converted.
The final score came in the final play of the game when the excellent Biesty got his third try and Creggs 6th when he cashed over right in the corner after Creggs had won a lineout 5 metres from their opponents line.
Next weekend Creggs will play Sligo RFC in the Connacht Under-17 League in Creggs at 1.30pm.
Training continues as usual and new players always welcome.

Creggs 2nds travelled to Monivea for a friendly game on Saturday evening,and despite losing the game,it proved a useful workout for both teams. Due to postponements,the 2nds fixture list is now somewhat backlogged,so there are 3 games scheduled over consecutive weekends,starting with a home game against Gort .

Monivea featured four members of their 1st team squad,and they looked very sharp out wide,stretching Creggs on numerous occasions. However,Creggs tackled with great determination and it was only in the latter stages that Monivea pulled away ,as their superior teamwork became a decisive factor.

Enda Naughton was a tower-of-strength in the centre for Creggs,while Conor Gore,making his debut,also did well. Chris Duignan made a welcome return to action,while captain Enda Tully,no.8 Kieran Coyne,Brian Donoghue,David Feeney and the rampaging Alan Glennon were most effective up front.