Home advantage proved to be fruitless in Division 1B as only one of three sides managed to bag a home win. On Saturday night Castlebar travelled to face Ballyhaunis and it was the visitors who came out on top in a tight game. Just one score separated the sides at the final whistle as Castlebar won 20-25.

Creggs too picked up an away win with an impressive victory over Sligo. The win leaves Creggs in second position ahead of an away trip to face OLBC this weekend.

Tuam RFC were the only side to pick up a home win as they further extended their unbeaten start to the season with a 22-5 victory over OLBC. The win leaves Tuam with 16 points after four rounds of league games. 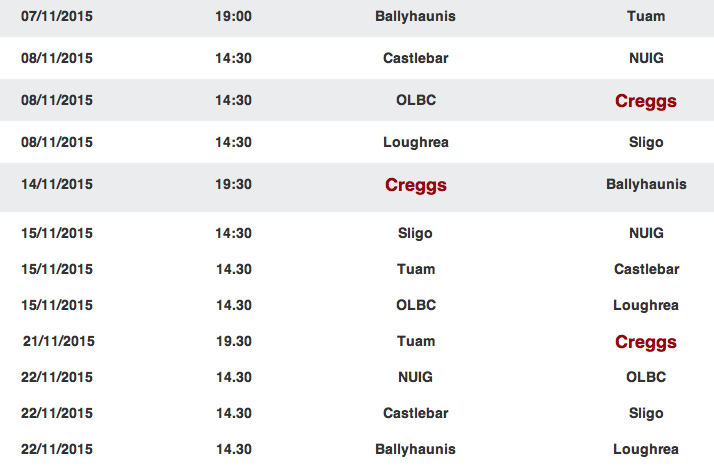 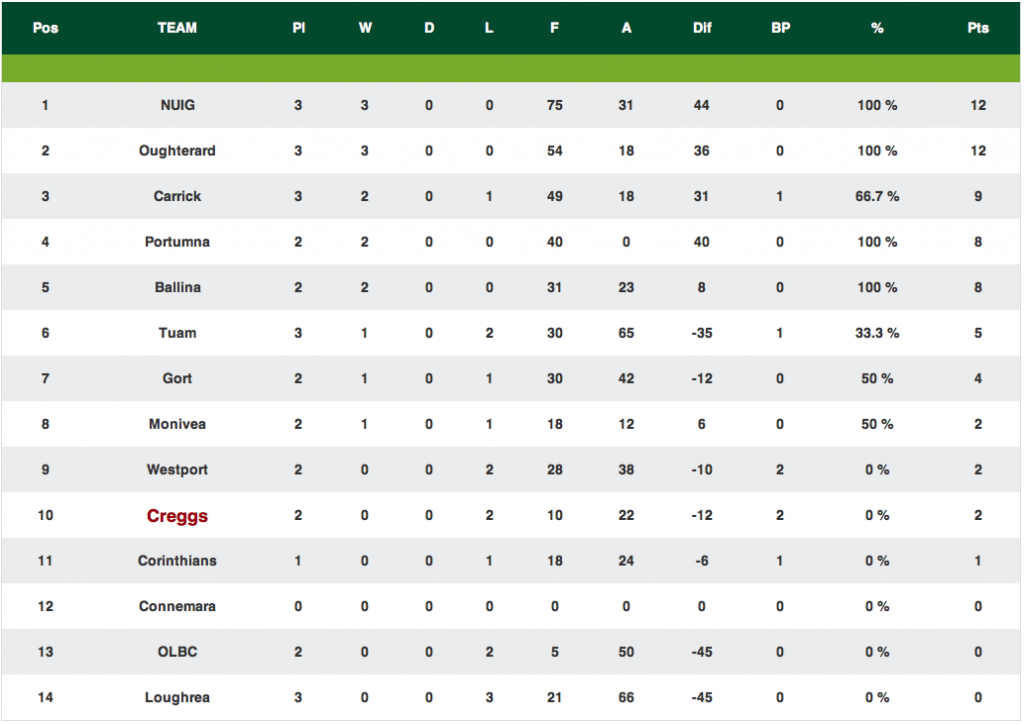 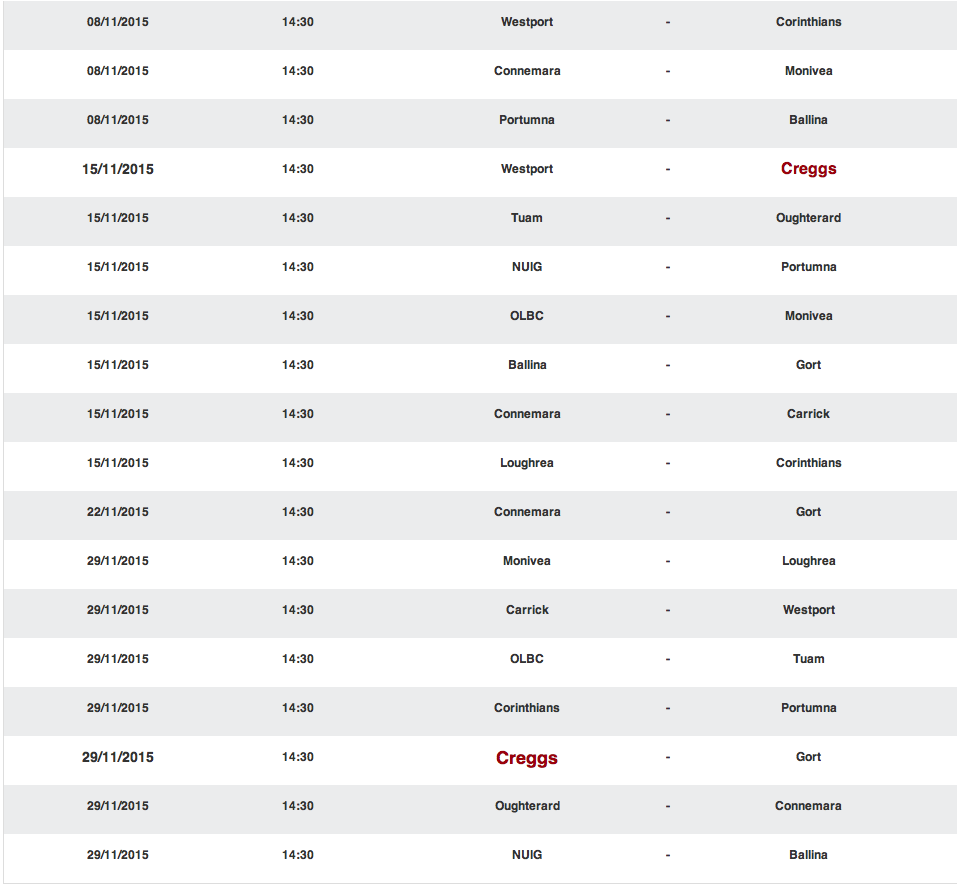 Ireland international Robbie Henshaw will start in the fullback position for tomorrow’s PRO12 clash with Benetton Treviso at the Sportsground, kick off 7:30pm. The 22-year-old, in his first appearance for Connacht since the Rugby World Cup, is one of six personnel changes to Pat Lam’s side from last Saturday’s win over Edinburgh.

Last week’s Man of the Match Tiernan O’Halloran shifts to right wing in a slightly changed back line that also sees scrum half John Cooney come in for his second start of the season.

In the pack, Dave Heffernan and Ireland international Nathan White are introduced to the front row, while Ultan Dillane comes in to partner Andrew Browne, playing his 100th PRO12 game, in the second row.

Galway man Eoin McKeon returns to the back row to link up with captain John Muldoon and the season’s top try scorer Nepia Fox-Matamua.

From the bench, USA international outhalf AJ MacGinty could make his first appearance in a Connacht jersey, after the Dubliner joined the province last month.

Commenting on the team selection and the upcoming game, head coach Pat Lam said:
“We’ve made a few changes this week, with Robbie and Nathan back for us but also some guys returning from injury. This is only game four of the 16-game run so it’s a long way to go and we’re going to need players feeling as fresh as possible each week.

“Robbie will start in the 15 shirt for us where he has a lot of experience from his earlier days at Connacht. Obviously Tiernan has done a great job for us at fullback since the start of the season but his move to wing for this game means we can keep that continuity in our centre partnership for this week.

“We always have tough, physical battles when it comes to Treviso and we’ve always had to work hard against them. They have the ability to pile on the pressure and it’s up to us to counter that by being disciplined to stay in our systems and structures.

“We’re delighted to be at home again and we want to sign off this block of PRO12 games with another win at the Sportsground.”

Eagles team to face Leinster ‘A’

Head Coach Nigel Carolan has named his Connacht Eagles side, sponsored by NUI Galway, to play Leinster ‘A’ tomorrow at Donnybrook (kick off 5pm).

This will be the second fixture of the season for the Eagles side who defeated their Ulster counterparts 36 – 17 in Belfast last month.

Academy centre Rory Parata who has played five games in the PRO12 this season is introduced to the back line for the Thursday afternoon clash. The 21-year-old partners Peter Robb in midfield. Promising Academy recruit Ed O’Keeffe, who crossed for a brace of tries in the win over Ulster ‘A’, is named to start on the left wing.

In the pack, senior players Ronan Loughney and Jason Harris-Wright return from injury to start in a front row with Academy tighthead Saba Meunargia. Number 8 George Naoupu will captain the side featuring nine Academy players in the starting XV.

This is the final game for the Eagles before the the British & Irish Cup competition kicks off on Saturday November 14th with a home game against Newport Gwent Dragons Select (kick off 2:30pm).