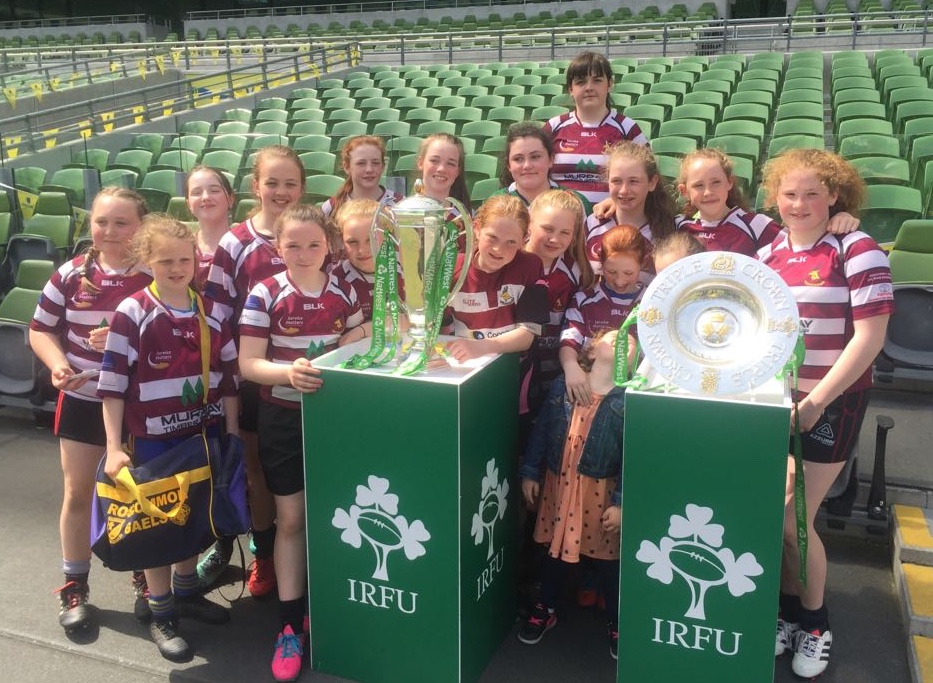 Last Saturday, the Creggs Ruby Under-12 Girls played in the Aviva sponsored Mini Rugby Festival in the Aviva Stadium. It was a beautiful and the Creggs girls showed all their skills to win all their three matches.

The Creggs Rugby Under-12 Girls who conquered the Aviva, pictured with the 6 Nations and Triple Crown trophies.

The girls played and won their games versus Tralee RFC, Fethard RFC, Tullamore RFC and Armagh RFC, and they showed dazzling skills during all their games.

The Creggs Rugby Under-12 Girls pictured in the Ireland dressing-room at the Aviva Stadium last Saturday.

They were also treated to lunch and a stadium tour as part of what was a day they will always remember.
Well done to all the girls and their parents, their coaches Micheal Glennon and Dave Purcell, and their teachers, who facilitate rugby coaching and games.

The all conquering Creggs Rugby Under-12 Girls with Irish international Fergus McFadden in the Aviva Stadium last Saturday.