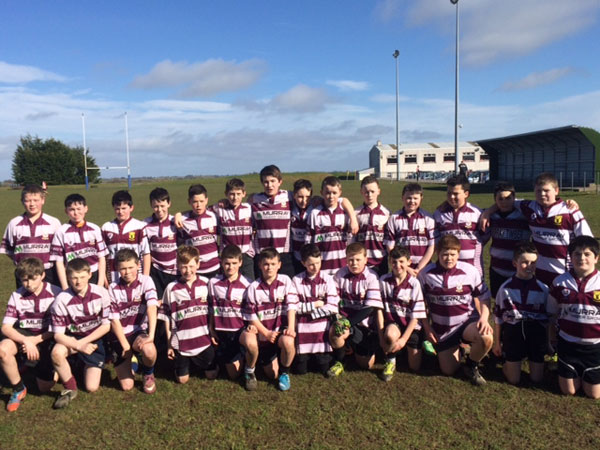 Creggs had an impressive 18-5 win Over Castlebar RFC in the semi final of the Connacht U13 Plate last Wednesday night in Creggs winning on a scoreline of 18-5. Creggs will play Galwegians in the final now at the end of the month.

The first have performance paved the way for the victory with Creggs leading 13 – 0 at half time. A penalty early in the game from Mark Purcell, followed by a try from Tom Farrell and a Try from a quickly taken penalty from Aodha Hession both in the left corner gave Creggs a commanding lead at the break. Up Front Ethan Glennon, Thomas O Brien, Sean Tully and Jack Keegan were doing very well with ball in hand and in the backs Karl Healy, Jack Mcgahon , Simon Harkins and Keelan Gunning were defending well when required.

In the second half Mark Purcell continued to Kick Creggs into their opponents territory and they were rewarded for some fine play when Creggs backs moved it wide for Paddy Gannon to score in the corner to extend the lead to 18-0. Castlebar then had their best period in the game after Creggs third try, when their considerably bigger pack drove at their opponents and made good yards however Creggs defended very well right up to the last minute when Castlebar eventually scored a consolation score to leave the final score 18-5 to Creggs.