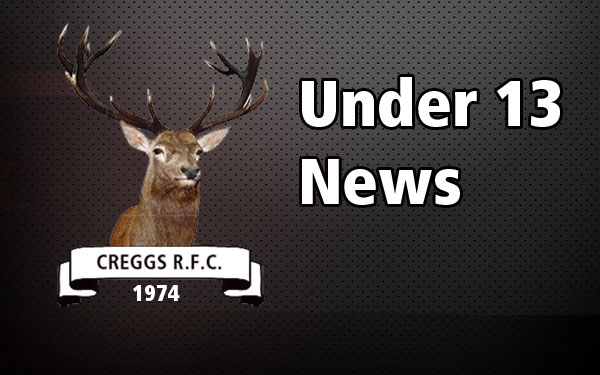 On their first outing at home and their first game with 15 players a side, this was a tough game for the new members of the team against a strong buccaneer’s team who had already played 6 games, but the Creggs boys showed a great fighting spirit and never gave up. A strong display from Liam Naughton showing nice footwork to avoid contact and keeping the ball alive, Sean Allen playing No. 8 showed a strong willingness to carry the ball from set pieces, Sean Kelly & Tiernan Lawlor were on hand to support. They boys kept their heads up and scored a team try with the final play of the game through Aaron McAteer. Training continues on Tuesday at 7pm.