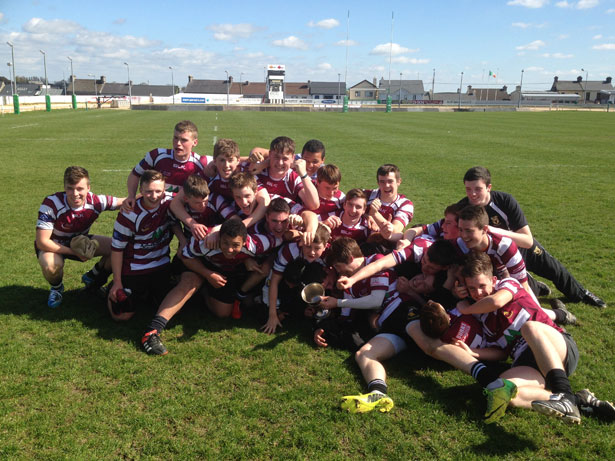 Creggs U16’s won the U16 Connacht Cup by Beating Ballina by 18-15 in a thriller in the Sportsground Last Sunday afternoon.

Played in excellent conditions on a very good pitch the game was played at a very fast pace and both sides played their part in a game that looked comfortable for Creggs with 12 minutes remaining however Ballina staged a late comeback but Creggs held out for the win.

Creggs began the game the better and had the better of territory and took the first score after 12 minutes when good work from Daire Byrne, Rian Biesty and James Brandon presented good ball for Eoghan Coyle and his little dummy was bought by the defender for Coyle to run in unopposed for the opening score, Ronan Dowd was just wide with the conversion leaving the score at 5-0. Creggs continued to attack and were doing well in the set pieces where David O Gorman was having a fine game and this gave the Creggs forwards momentum where Melvin Conteh, Ian Conlon and Brian Maloney were also doing well and this paved the way for the second try when a good driving maul was set up and when Creggs got close to the line Rian Biesty dived over which Ronan Dowd converted leaving the score 12-0.

Creggs were creating space out wide and good work from Shane Purcell, Jason Hoare and Niall Cunniffe released Cian Gately and when Ballina were penalised at the breakdown Ronan Dowd slotted the penalty to give Creggs a 15-0 lead after 25 Minutes.

Then came Ballinas first real attack, when they won a lineout through Patrick Howley at the lineout and a slick move through the hands started by Cole Raftery and Mathew Cribben released winger Owen Pritchett for a fine score leaving the half time score 15-5.

Creggs continued to impress in the second half and were held short on a couple of occasions when Daire Byrne and Melvin Conteh could not ground the ball but after a series of penalties Ronan Dowd stepped forward to slot the penalty to increase the lead to 18-5 for Creggs.

Creggs now looked comfortable but with 12 minutes remaining two very harsh yellow cards within 30 seconds of each other meant Creggs were down to 13 players and Ballina ceased on their opportunity and although some fine defending from Creggs held them out, the extra numbers eventually paid dividend and two tries in a 5 minute spell by Number 8 Patrick Howley and prop Ronan McAndrew neither of which were converted brought the score to 18-15. With two minutes remaining Creggs had the benefit of their returning players that were in the sin bin and they played out the final minutes in the Ballina half and held out for a famous and very deserved victory.

Congratulations to our u16 team who also were runners up in the U16 Connacht league Final last month and also to the 13 of the squad who recently won the Schools Junior Cup and League double with CBS Roscommon also last month, so the future of rugby sure looks bright. 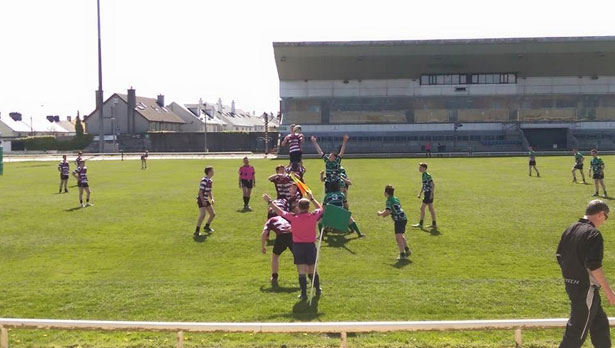 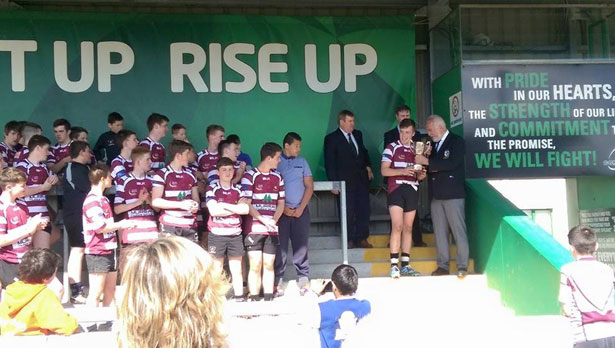 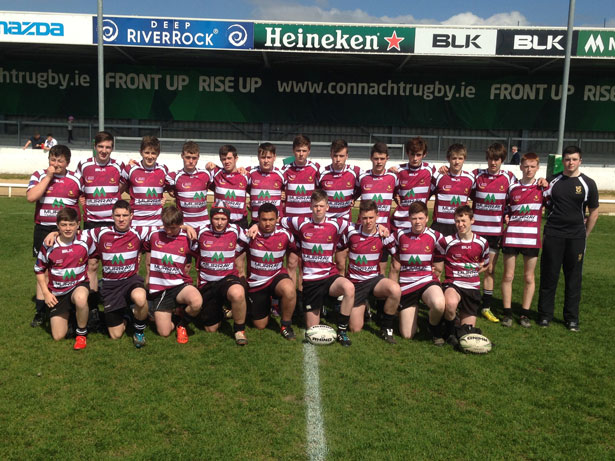