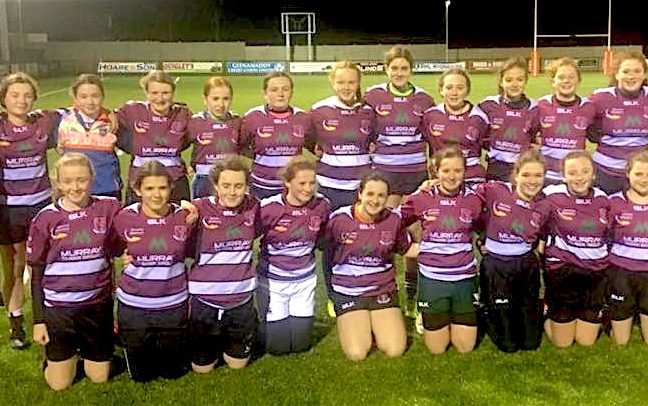 Current holders, the Creggs Under-14 girls have qualified for their second consecutive Connacht Under-14 Girls Cup Final after a comprehensive victory over Galwegians last Sunday on the 4G pitch in Creggs.

After the terrible weather on Saturday, Sunday was a perfect day for rugby with the Creggs girls running in 8 tries during their victory.

Tries on the day came from Jemima Adams Verling, Sarah Purcell and Siofra Hession, with Siofra Hession also getting on the score sheet with 6 conversions.

This was a super display from all the squad and we wish ‘Good Luck’ to the girls in the final in the Sportsground, in Galway next weekend.

Well done to the girls and the coaches, and please support them in the Connacht Final.

Connacht Rugby will host a free strength and conditioning webinar for female rugby players on Wednesday December 9th at 7PM.

Hosted by Ann Caffrey, an athletic development coach with experience with elite sports teams in GAA & Rugby, the webinar will first focus on U14 & U16 players. Afterwards, it will be U18 and senior player specific.