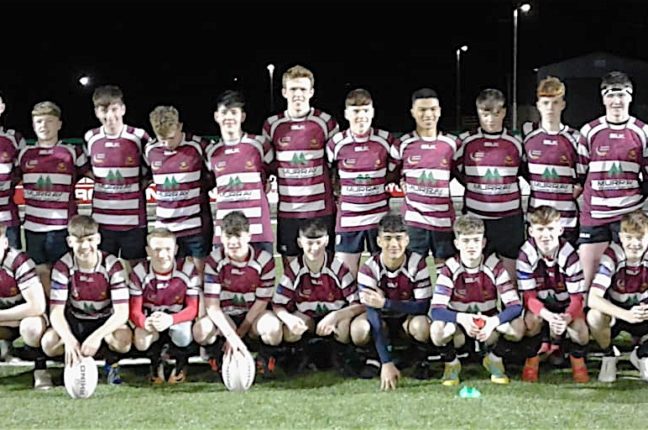 Creggs Under-16 team won an enthralling Connacht Cup Semi-Final against a strong Ballinasloe RFC side on the new 4G pitch in Creggs on Friday evening last.

Creggs went seven down after sustained Ballinasloe pressure. That margin increased ten minutes later Eoin Colleran added a penalty for the visitors, giving them a 10 – 0 lead.

The Creggs forwards, however began to dominate with Shane Connaughton and Ruairi O’ Brien surging forward at every opportunity.

Mark Dowd touched down after great work from Tyrece Etete and Matthew Clarke made no mistake with the conversion.

However, Ballinasloe were far from done and replied leaving the score 19 – 17 after a thrilling first half.

The second half was a tense affair. Man of the Match, David Gacquin and the impressive Aodán Looby formed a rook solid defence which paved the way for a Creggs victory. Darren Gately finish the scoring with another touch down after unrelenting pressure from the Creggs attack.

Creggs now face a very strong Ballina side in the Connacht Under-16 Cup Final on April 7th at the Sportsgrounds, in Galway. Congratulations on a great season to date and the best of good luck with training preparations for the Cup Final.