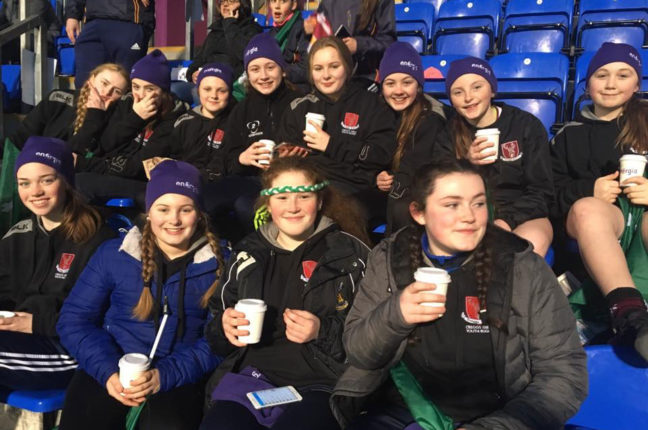 Creggs Under-18.5’s will travel to Headford next Friday night for their Connacht Under-18.5 Cup Quarter Final with a 8pm Kick off.

Creggs Under-15 Boys will train Thursday night at 7.30pm.

Creggs Under-16 Boys will train Friday night at 7pm in Creggs.

Creggs Under-17’s will be informed by text re training this week.

Creggs Under-16 Girls Connacht Plate Semi-Final will be played this Saturday away v Corinthians RFC. Time to be confirmed. Please support the girls in their big game

Creggs Under-14 and Under-16 Girls travelled to Energia park, Donnybrook last Saturday night to attend the Ireland v France Womens International. Our recently crowned Connacht Under-14 Cup winners were playing at half time against Navan RFC and won that game 5 tries to 1. It was a great occasion and the French were well supported by vocal supporters so its not a day the girls will forget