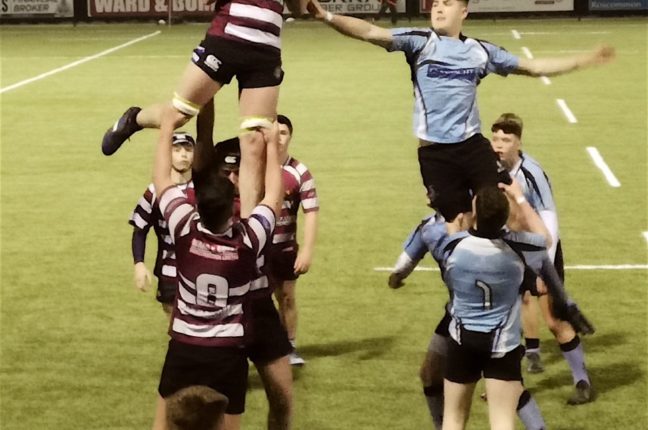 Creggs Under-16’s qualified for the semi finals of the Connacht Under-16 Division 1 League after defeating Galwegians 36 – 7 in Creggs on Saturday night. With this convincing win, Creggs has secured a home semi final and their opponents will be know next week.

The foundation for this win was set up in the first half with a very accurate display in attack and some very good defending. Up front Darragh Gilleran, Miquel Arthur, Aidan Hoare, and Tomas Tiernan were excellent and at scrum half Cormac Dolan was proving a great link between backs and forwards.

Creggs first half scores came in the form of tries from Edimar Fimho, Ben Johnson and Senan Lambe, with 3 successful conversions from DJ Hession.

Creggs expected a backlash from Galwegians and the visitors started the second half strongly but some great defence and turnovers on numerous occasions from Lee kilcoyne, Ciaran Purcell and Eoin Kelly kept the Creggs line intact.

In fact Creggs punished their opponents when Galwegians tried to run out of their 22″ with some great defending from Jack Fleming. Creggs second half scores came from Ryan Conlon and Darragh Gilleran.