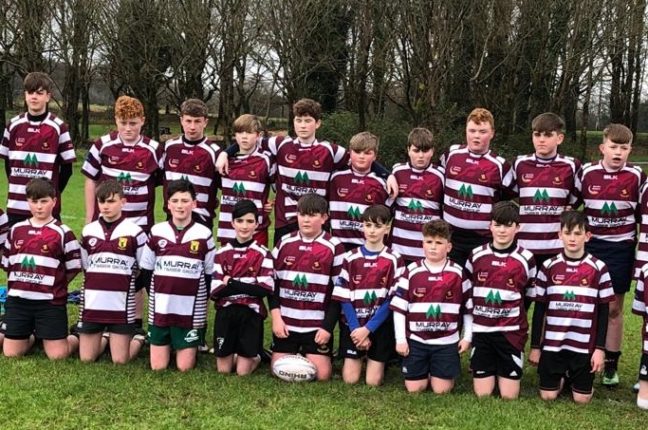 Creggs Under-14s played away to NUIG in the first round of the Under-14 Cup on Sunday last.

With a home game against Westport up for grabs in the next round Creggs were well up for the game. Unfortunately NUIG registered two early converted tries before creggs replied with a penalty from the boot of Andy Quinn. NUIG scored another try before half time which left Creggs a big hill to climb in the second-half.

The second half was much more evenly contested with three tries coming for Creggs from Eoghan Kelly, Aindriú Oates and Andy Quinn. NUIG eventually ran out winners with a score line of 38 to 20.

Creggs now go into the Connacht Under-14 Plate, with training next week and their first match in two weeks time. New players are always welcome with training on Tuesday evenings on the new all-weather 4G pitch in Creggs at 7.00 pm