Creggs RFC are delighted that Denis Buckley who represented the club at under age, made such a huge impact in Connacht’s recent win over Leinster in Galway. 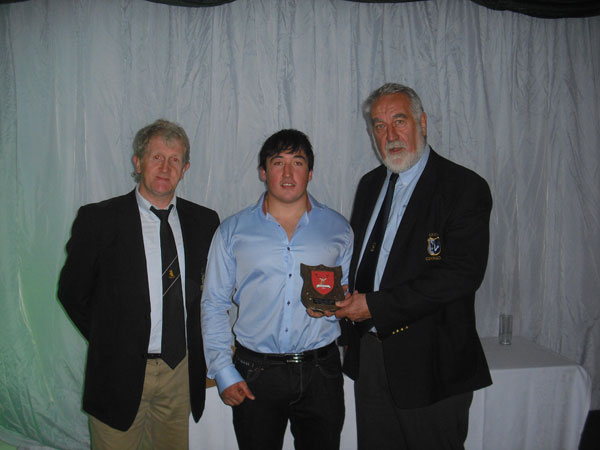 Roscommon Town native Denis who has a Leinster Schools winners medal with Blackrock College and has represented Ireland at Under 20 level has been promoted form the Connacht Academy to the full squad for the current season. As a reward for some impressive early season performances Denis got the starting birth at loose head prop for the local derby match with Leinster and won universal plaudits from the media for his outstanding performance and contribution to a historic win by his native province. Denis is sponsored by well know Roscommon business MJ Farrell Jewellers who marked the occasion by presenting Denis with a Tissot watch. Denis will be hoping to shine again this weekend as Connacht embark on their Heineken European Cup campaign away in Italy.

Creggs RFC also made a presentation on the night to Adrian Leddy who has been a fantastic servant to rugby, both at club and provincial level and has been recently elected as Junior Vice President of Connacht Branch IRFU. Creggs President Bernie Higgins said that it was a hugely proud time for Creggs Rugby and that Adrian was a very worthy recipient of this high office and won’t be found wanting in his new position. 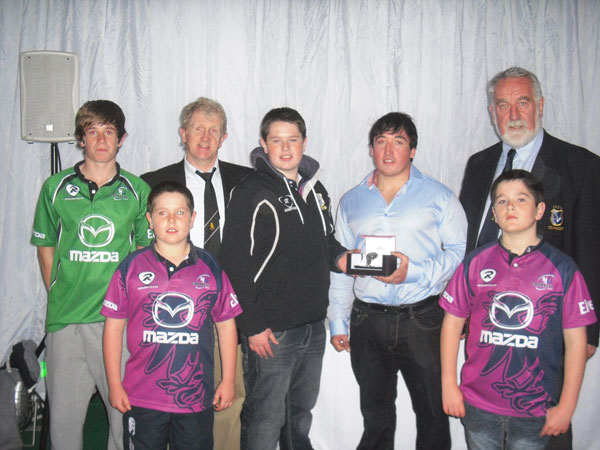