Creggs Under-20’s defeated Connemara RFC by 34 to 17 in the Quarter-Final of the Connacht Under-20 Cup in Creggs last Sunday on a beautiful spring afternoon and the sun shone on the Creggs efforts. T

his was a much tighter game than the scoring indicates. Connemara came with seasoned players and from the off they got their game plan working. A series of hard one off carries at the Creggs defence saw them drive into Creggs territory and resulted in a penalty in front of the posts. 3 0 to Connemara and suddenly the home team knew they were in a match.

The Creggs lads got themselves organised and began to get control of the game. A series of hard drives by the pack and some astute game management by Shane Purcell and Ronan Dowd at half back brought Creggs within sight of the Connemara line. Brian Diffley then showed his strength and power and he burst through to score a vital try.

A few minutes later Eoghan Coyle repeated the trick racing nearly the length of the field to score in the corner.

From then on Creggs were in command and began to pass the ball and make inroads but Connemara were heroic in defence. Time and again halting Creggs attacks. However with half time approaching a beautiful backs movement put Martín Quinn in space on the wing and he scored the third try.

Creggs looked comfortable and seemed to be in control as the ref indicated that time in the first half was nearly up. A loose defensive kick was snapped up by Connemara and they punished the home team for their lack of concentration. They converted and went into the break trailing by nine points.

The second half started at a frantic pace as Connemara gathered the kick off and launched an attack great handling and a missed tackle saw them score in the corner. Game on!

At this stage Creggs were rattled but Danny Arnold showing why he was a youth international scored a brace of tries both converted and Creggs seemed home and dry.

David O Gorman crossed the line following a great drive by the pack but the referee couldn’t see the grounding and the chance was lost. Connemara continued to fight but fresh legs from the Creggs bench saw the home side hold on.

James Mulrooney, Paraic Gaffey, Brian Coady, Jamie Ryan and Rooney Gunn made their Under-20 debuts and Rian Beisty and Jason Hoare also returned after missing the season through injuries.

Creggs shortlisted for Connacht Club of the Year again

For the second year in-a-row, Creggs RFC has been included in a short list for Connacht Club of the Year. The other two club on the list are Ballina RFC (last year’s winners) and Sligo RFC.
Well done to everyone in the club that are working so hard on and off the field to achieve this recognition again this year. 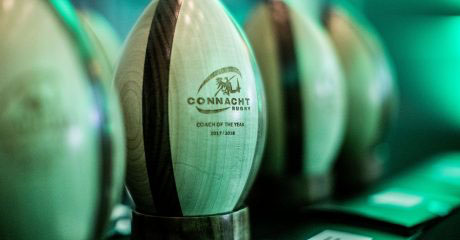 Also great congratulations to our own Brian Diffley, who has been shortlisted for Connacht Junior Player of the Year.

Finally, CBS Roscommon’s Schools Rugby breakthrough this season is shortlisted for: ‘Moment of the Season’. That great picture (from Inpho Sports Photography Ireland) of Tim Lambe celebrating their victory in the Connacht Rugby Senior Schools Semi-Final made the front page of the Irish Times and front of the Irish Independent’s sports section, in addition to other national and local media. 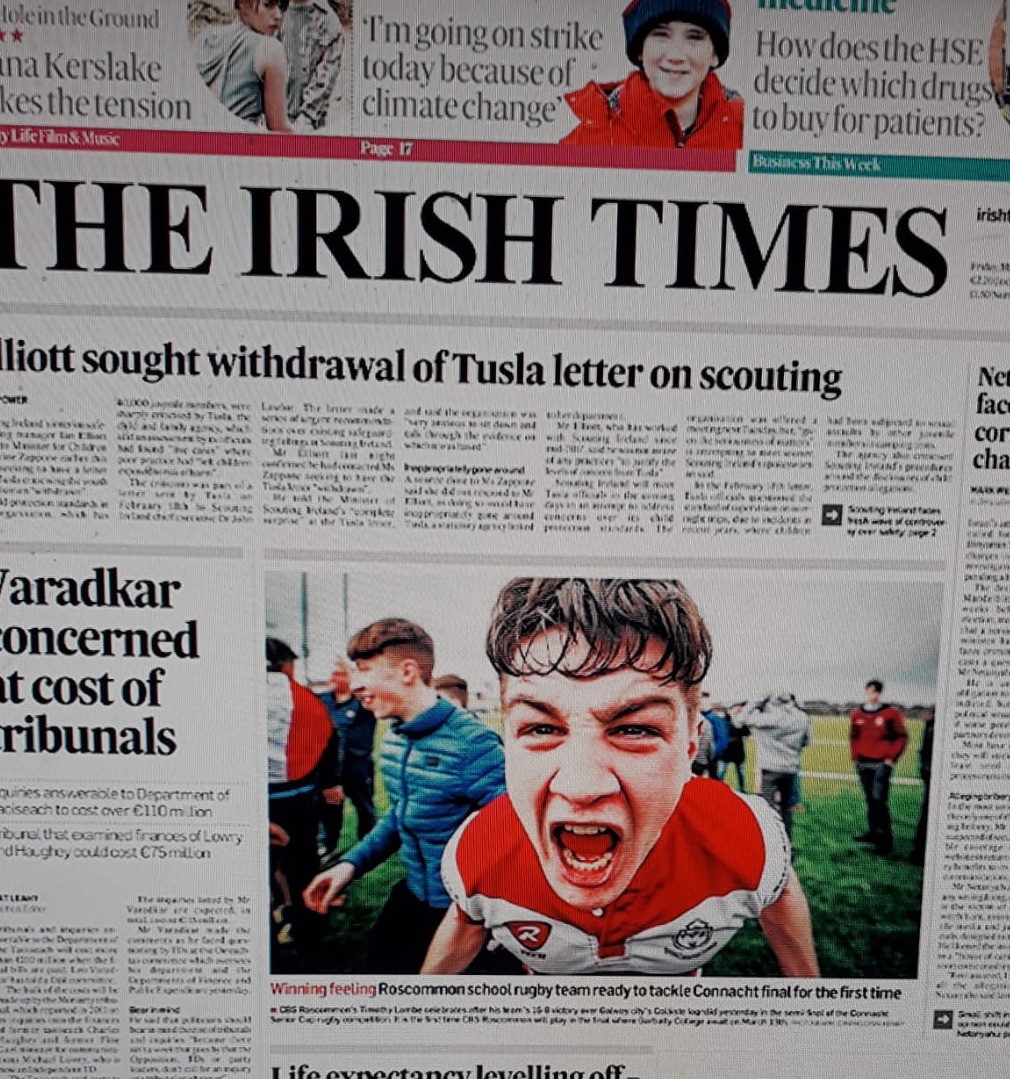 The sold-out 2018/19 Connacht Rugby Awards Dinner take place at the Salthill Hotel on this Saturday night (April 13th) and will recognise the achievements of players, clubs, coaches and referees across a wide range of grades in the province.

In the Galway Sportsgrounds on Sunday last, Creggs Under-16s took on the Mayo rugby stronghold Ballina in what was to be an exciting encounter.

Creggs were fired up and wasted no time in putting their opponents under severe pressure in the opening minutes. Early carries from Ruairi O’Brien and Michael Hoey put Creggs on the front foot as they tested the Ballina pack. However, the pressure was relieved when Ballina were awarded a penalty and the chance to clear their lines.

Creggs were dealt a blow when Ballina out-half Harry West broke through the Creggs defence against the run of play and touched down in the corner for Ballina’s first score of the game. A missed conversion left just 5 between the sides as Creggs undeterred, came back at their opposition with full force.

Ballina dealt well with the drop off, introducing their strong ball carriers into the game. Excellent work from the likes of Jordan Kennedy and Aodán Kelly made life difficult for the Ballina pack.

However, the maroon defence were unable to stop a well worked move which saw another Ballina player get over the line for Ballina’s second of the game. The conversion stretched the Ballina’s lead to 12.

The Creggs side showed no signs of panic as they restarted the game swiftly. They were in a familiar situation and were not discouraged. The Ballina pack were hit hard by Creggs’ Shane Connaughton, Jordan Kennedy and Tyrese Etete which created fast turnover ball for the Creggs backs to make use of.

A chip kick from Mark Dowd along with an excellent chase by Edimar Filho pushed Ballina back onto their 5 metre line and under tremendous pressure, they were turned over. Creggs acted fast as Ciaran Purcell carried on the fringes of the ruck and dived over in the corner for a well-earned try on the stroke of half time. the score at the break was Creggs 5, Ballina 12.

The second half began with Creggs dropping off with the wind at their backs. It was going to be a thrilling second half. Creggs centres David Gacquin and Aodhan Looby stopped the Ballina backline in their tracks as well as forwards like Anthony Gorman and Michael Hoey who made ferocious tackles throughout. Matthew Ryan and Mark Kilcommons were positioned perfectly in the backfield, dealing well with Ballina’s kicking game.

When Ballina took a quick-tap penalty 10m from the Creggs tryline they looked unstoppable and despite courageous defending from the likes of Darren Gately, they managed to get over the line.

The introduction of Eoin Kely and James Murray brought energy to the Creggs team who began to take the game to Ballina in a valiant attempt to score. The men in maroon were awarded penalty after penalty on their way to the line forcing their way through the Ballina defence. Eventually, Matthew Ryan got over in the corner, making it 19-10 to Ballina after a failed conversion attempt.

Eventually, the final whistle sounded and Creggs, despite their gallant performance, had come up just short at the end of a good season.

A huge thanks to Dermot Hughes Toyota in Roscommon who sponsored fabulous new club leisure tops for our Under-16’s lads who played Ballina in the Connacht final on Sunday last in the Sportsgrounds in Galway. 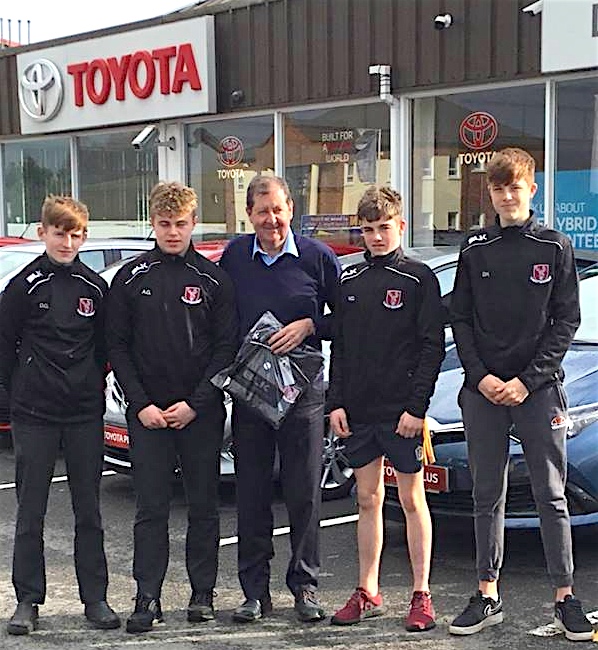 Played in glorious conditions in Ballina last Sunday morning the Creggs Under-18’s team advanced to a Connacht Final with a very impressive victory against a fancied home team.

A try from Tim Lambe after some strong work from his forwards opened the scoring for the visitors and Creggs were good value for their lead. But this was a game that the defences were on top for large periods and at half time Creggs led 5-0.

After the restart, Creggs struck again when from a scrum on their own 22 the ball was kept alive beautifully on the blind side for Lambe again to strike in the corner and Mark Purcell added ta good conversion.

Ballina showed great character to lift their game and scored a converted try under the posts on 50 minutes, following several phases of play to make the score 12-7 and the contest was very much in the balance.

However it was Creggs that had another gear and two quick tries (one converted from out half Mark Purcell killed off the game as a contest which ended with a victory for the Creggs lads by a margin of 24-14 and a place in their second Connacht Final scheduled for this month. The first of these, the Connacht League Final is on this Sunday.

Creggs Under-14’s lose out to Ballina in Semi-Final 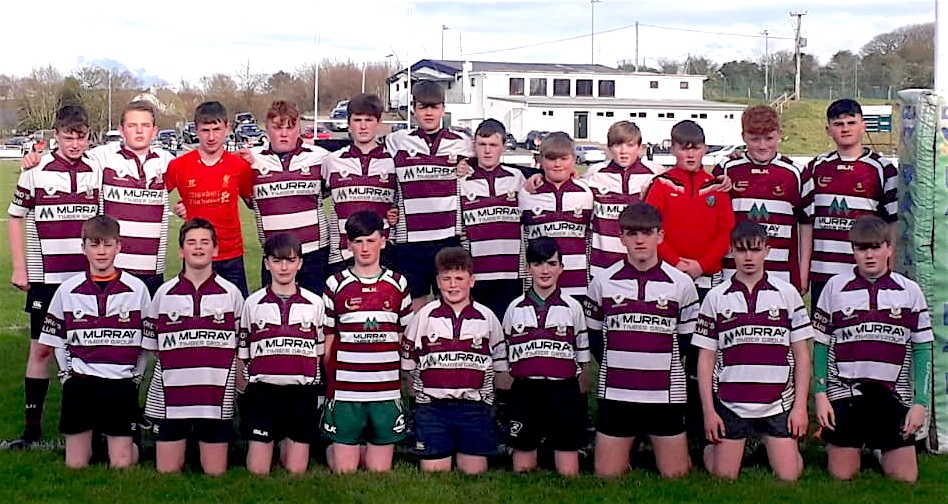 Jack Donnelly scored the first of his two tries on the 3rd minute in the corner with Andy Quinn converting it, giving Creggs a dream start.

However, Ballina came storming back in to the game with three tries followed by a response from Shane Maloney with a try before half time leaving the half time score at Ballina 21 – Creggs 12.

The second-half was a tight encounter but Ballina got another breakaway try which was converted, to lead by 28 – 12.

Then Philip Duda crowned a fine debut season with a brilliant try, converted by Andy Quinn to create a grandstand finish. 29 – 19. This was followed by Jack Donnelly’s second try, and that’s the way it finished with time running out for Creggs.

They had put great pressure on the Ballina line on a number of occasions, but excellent defending from them kept Creggs lads out. The final score was Ballina 28, Creggs 24.

From the start of this season the Under-14 squad was the club’s most improved group of players, so well done to all concerned.

Under-14 Festival of Rugby this Friday evening in Creggs

Creggs Under-14’s are finishing there long are enjoyable season on this Friday night at 6pm in Creggs, when they host Balinasloe, Loughrea, Buccaneers, and Midland Warriors RFC’s in the Fitzmaurice Festival of Rugby

Creggs Under-18’s will play Corrib RFC in the Connacht League Final on this Sunday (April 14th.), as part of a treble-header in the Sportsgrounds in Galway KO is at 4pm.
Please support the lads in this big game at Connacht Rugby’s HQ.

Creggs Under-17’s will play Corinthians RFC in the Connacht Semi Final on the weekend of April 20th.

Congratulations to Creggs Under-17 Players Mark Purcell and Jack Tucker who have been selected on the Connacht Under-17 tour to the UK next week where they will play two games, one against Sale Sharks and another against a Welch District. A great Honour and best of luck to the lads.

Creggs RFC wish congratulate the CBS Roscommon Senior football team, including many who play rugby with the school and Creggs, on winning the All Ireland B Colleges Final last Saturday.
Well done to all concerned.

Creggs Under-10’s have a Blitz away in Mullingar on this Sunday (April 14th.).

Creggs Under-11’s play in a Mini Rugby Festival at Garryowen RFC, in Limerick on this Saturday (April 13th.).