Creggs First Team travelled to Castlebar as the only undefeated side in Connacht this season and anticipating a very tough game. This is exactly what they got from a strong Castlebar side. This game ebbed and flowed with both sides enjoying periods in the ascendancy, with scores at a premium throughout. 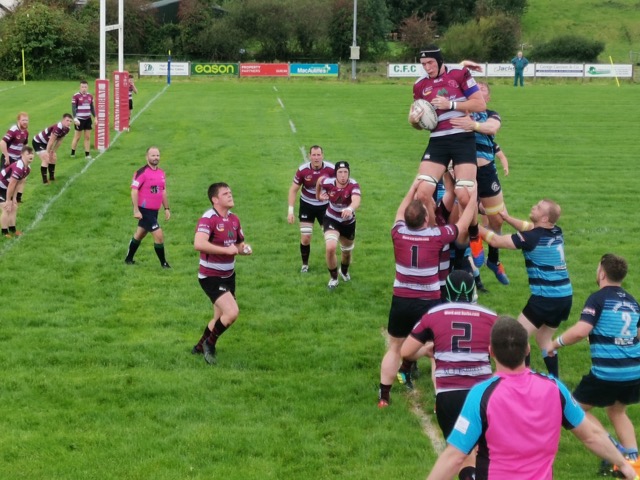 The home side started well, with scrum half Barry Walsh landing an early penalty but this was cancelled by a similar strike from Purcell after 13 minutes. Creggs full-back Eoghan Coyle was an early injury casualty and was withdrawn as a precaution. He was replaced by Brian Cleary who impressed from his introduction.

Defences were on top in the first half but Creggs lost James Brandon and then Andrew Callaghan to the sin bin. In an overlapping period just before half-time with Creggs reduced to 13 men, Castlebar laid siege to their line. Despite heroic defending, Creggs were forced to ultimately yield a converted try to Walsh leaving his side 10-3 ahead at the interval.

For the second half Creggs introduced Kevin Brandon, Tom Fleming and Danny Arnold, all of whom also made considerable impact as the game unfolded. Creggs lost second row Tom Oates to injury early in the second half with his colleague Ian Whittington re-entering the fray.

Following a period of sustained pressure Aidan Leech got the touchdown following good work by both Callaghan brothers Andrew and Tom with Purcell landing the conversion to leave the sides level coming into to final quarter.

Following an unexpected lull in the proceedings during which the referee required attention for an injury but was fortunately able to resume, the game entered its final stages evenly balanced.

It was deadlocked at 10-all with the clock ticking down when Creggs out-half Shane Purcell spotted a gap in the opposition defence, put through a neat bouncing grubber which he collected on the line to cross for the excellent decisive score. He also added the conversion.

With 10 minutes remaining, Castlebar attacked feverishly in the closing stages but the excellent Creggs defence held out for a hard earned away victory.

So after two rounds of the Connacht League and two wins against two of the top four ranked teams, a very good start to this season continues. The team has also qualified for the Cawley Cup Final, thus maintaining their unbeaten status.

This weekend the Connacht League continues with Creggs playing Westport RFC under the lights in Creggs, with a kick-off time of 7pm.

This week, the Creggs senior teams (Under-20’s, First’s and Development squads) are training at 8pm on Tuesday night and again at 8.15pm on Friday night.
New and returning players always welcome in Creggs – and no previous rugby experience necessary, as full coaching available for all levels.

The first round of the Connacht Under-16 Division 1 league produced a thriller in Creggs on Sunday morning last, when Creggs Under-16’s battled back to take the points by 24 to 19 in a victory over their near neightbours from Athlone.

Creggs began the game very well and defensively were very strong against their bigger opponents, with Miguel Arthur, Cormac Feeley, Aidan Hoare and Noah Fallon especially prominent early on in the pack and Josh Adams Verling, Aodhan Looby and Jack Fleming putting in vert strong tackles out the backs.

After 8 Minutes Creggs took the lead when a long clearance downfield was gathered by Conor Betts and he went on a lovely jinking run to beat the defence for a fine individual effort which DJ Hession converted.

Creggs extended the lead after 12 minutes when Ciaran Purcell intercepted a pass from the Buccaneers lineout to run 50 metres to score in the corner for a deserved 12-0 lead.

Buccaneers then took control of the ball for the period coming up to half time and used the big forwards coming around the corner and got in for 2 tries themselves, one of which was converted for a 12-12 half time scoreline.

Buccaneers continued to dominate the early exchanges in the second half and when they were awarded a penalty 5 metres out after 5 minutes, they again used their big forwards to score in the corner for a 19-12 lead.

The Creggs lads found their second wind after that score and went on the attack themselves and were unlucky on a couple of occasions with DJ Hession tackled into touch in the far corner and Ciaran Purcell just denied when his foot went into touch as he touched down.

However, the Creggs lads were deservingly rewarded when Lee Kilcoyne went over in the corner after some great work from Ben Johnson, Darragh Gilleran, Aindriu Oates, and Edimar Fimho which DJ Hession converted.

Then in the dying minutes Creggs were rewarded with a penalty under the posts and instead of taking the points, some quick thinking and a quickly taken penalty from Cormac Dolan fed Senan Lambe and Edimar Fimho offloaded to Ciaran Purcell who went in for his second try in the corner.

A classic game of two halves in Creggs on Sunday afternoon when Creggs and Monivea met in the Connacht Under-18.5 Division 1 League. Played in beautiful conditions both teams served up a 10 try thriller but this was a game that Creggs will certainly feel they had won and should not have let slip.

Creggs played brilliantly in the first half with Ronan Lambe, Jack Hanley, Tiernan O Sullivan, Darragh Kiernan being especially strong in the carry early on and the backs were also using it very intelligently in the early stages.

Ben Finnerty got in for Creggs first try, followed quickly by a try by Mark Purcell which was converted for a 12-0 lead.

A fine individual try for Mark Purcell which he converted and another for Aaron Lyons just before half time had Creggs leading 31-12 at half time and looking good for their lead.

A combination of individual errors and also a number of changes in personnel saw Monivea get in for a try early on in the second half but still Creggs looked confortable with a 14 points lead and they held this right up to 10 minutes from the end.

Then when a poor lineout saw the Monivea back row run 50 metres untouched to score under the posts and then a blocked kick was hacked down field by the Monivea played who gathered and scored in the corner which was converted to level the scores.

Creggs Under-16 girls travelled to Ballina last Saturday in their Connacht Under-16 League and came away with a 10-10 draw.

It took the Creggs girls a while to get into this game and two tries from quickly taken penalties were just reward for the home team.

However, the second half belonged to the Creggs girls and tries from Sarah Purcell and Emma Mannion levelled the scores mid-way through the second half.

The Creggs girls continued to attack and looked the more likely to score but the Ballina defence held out and the draw was a fair result on the day.

Under-17 BOYS TRAINING
Creggs Under-17 Boys training on Wednesday night at 7pm in Creggs.

Under-16 BOYS TRAINING
Creggs Under-16 Boys training on Thursday nights at 7pm in Creggs.

Under-15 BOYS TRAINING
Creggs Under-15 Boys training on both Sunday and Wednesday nights at 7pm in Creggs.

Under-14 BOYS TRAINING
Creggs Under-14 Boys training Tuesday and Thursday nights at 7.30pm in Creggs.

Under-13 TRAINING
Creggs Under-13 Boys training every Wednesday night at 7pm in Creggs.

GIRL TEAMS TRAINING
Creggs Girls Rugby Training every Monday night for Under-14, Under-16 and Under-18 Girls at 7.30pm in Creggs.

Mini Rugby This Saturday In Creggs

Creggs Mini Rugby continues this Saturday morning at 10.30am. All boys and girls between Under-7’s (six year-olds) to Under-12 years-olds very welcome.

Registration is available on-line and the new season that will run through to April 2020.
Parents are very welcome to help with coaching (full training provided) or helping to support the great efforts at Creggs MINI Rugby. 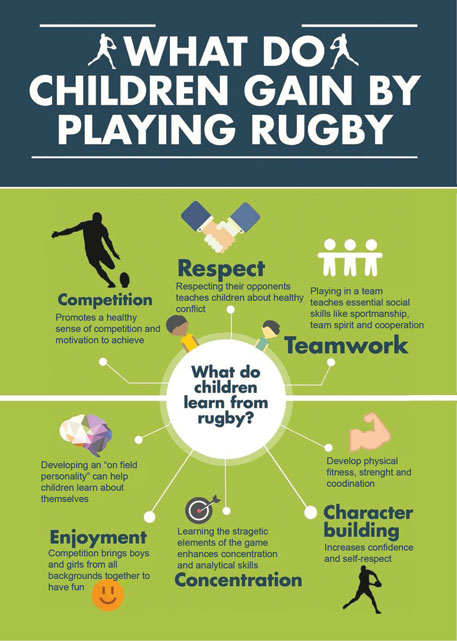