Pre-season training is underway in Creggs every Tuesday night at 8pm and Friday nights at 8.15pm.

Training is fully compliant with the latest current Government and IRFU health protocols.

We continue to have a great welcome for new and returning players in Creggs. 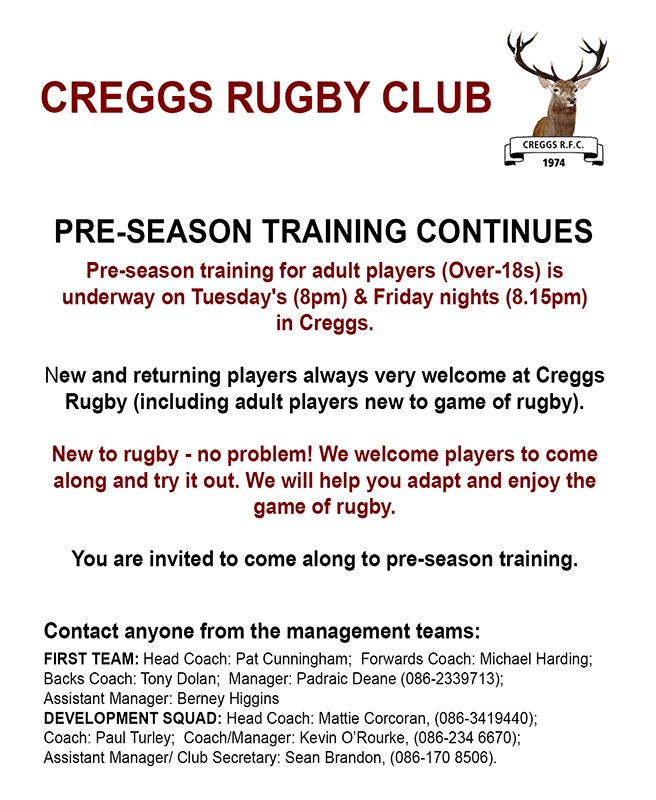 Creggs Club Lotto back from September 1

Creggs has announced that their Club Lotto returned from today September 1st. The current Jackpot for next weekend is €7,400.

It suspend the Lotto at TVs time of the Lockdown which ran into the off-season. 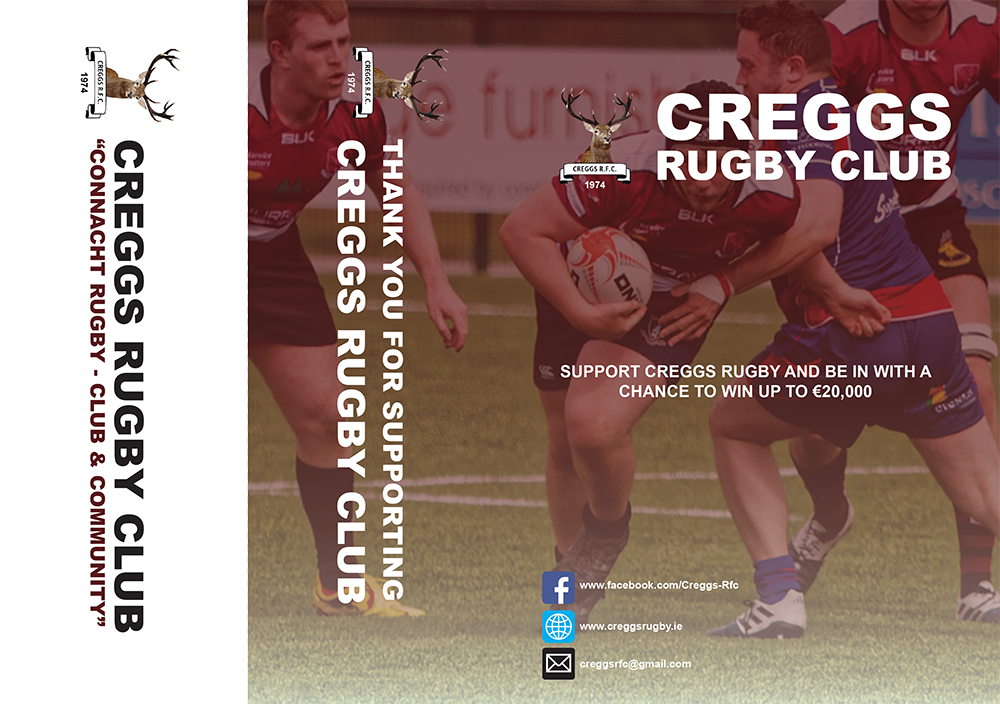 The plans are for a large sports building, which comprises on the ground floor, four new dressing rooms, two of which will be for female teams only. These will offer individual dressing areas and individual cubicle showers.

The first floor plans include a state of the art gym gymnasium including running lanes, and also new club rooms.

The application is also seeking retention of permission of the existing development on site including a spectator stand and flood lighting.

Less than two years ago, Creggs Rugby Club developed Connacht’s only full size 4G artificial rugby pitch. It is fully approved by World Rugby. The club also developed two more full-sized sand-based all-weather grass pitches. A spokesman said, these were needed to cope with the demand for training and games from a fast growing player membership (from 6 year-olds to adults teams) and a more schools every year.

The club also provided a near 1km amenity walkway around their grounds. It has lights throughout with a tarmac and concrete surface. That project was backed by Galway Leader and it offers a safe walking route for people in communities for miles around, as well as parents of children etc.

The club regards itself as very much community based and has an excellent relationship with teams from all other sports in their region, which covers most of Co Roscommon and part of East Galway.

It is expected that the County Galway planners are due to make a decision on this community sports project in October.

Members can get more details from the Development Sub-Committee – Kieran Dowd, Joe Ryan or Padraic Deane.