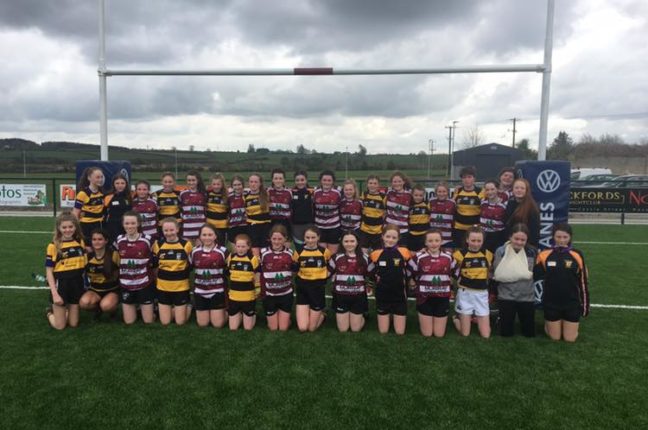 A very successful season at mini level comes to an end this weekend, with the last home blitz of the season, when Creggs Minis will welcome Sligo RFC to Creggs at 10.30am. Creggs u10’s do have one ore blitz away in Mullingar on April 14th and the U11’s have a festival in Limerick on April 13th, Further details next week.

Creggs U16’s will play in the U16 Connacht cup final next Sunday in the Sportsground in Galway with a 2pm Kick off, Best of luck to the lads and all support would be welcome. Training for the U16’s is Wednesday night this week at 6.30pm.

Creggs U14’s will play in the semi final of the Plate next Friday night in Ballina RFC at 7pm. The u14’s will train on Thursday night at 8pm in preparation for that game.

Creggs RFC wish all our players who will play for CBS Roscommon Senior football team all the best in the All Ireland B Colleges final next Saturday in Croke Park. Creggs U18.5’s will play Ballina RFC away in the Plate semi final next weekend and this match has yet to be confirmed or fixed.

Last weekend Creggs youth teams welcomes two touring sides, Creggs RFC U14 Girls brought the season to an end when they welcomed Kill Dara RFC from Newbridge for a friendly in Creggs. Kill Dara RFC fly high in the Leinster leagues at U14 girls and it was a very competitive game with the Creggs girls coming out on top on a scoreline of 17-12. Creggs U16 boys played Ashby RFC from Leicestershire in the UK and played a rugby match Friday night in Creggs , followed by a lesson in GAA on Saturday morning for our visitors followed by a mixed team GAA game and a meal in Hannon’s Hotel on Saturday night.. Thanks to all the parents who supplied lovely food and provided a great welcome to all our guests this weekend.