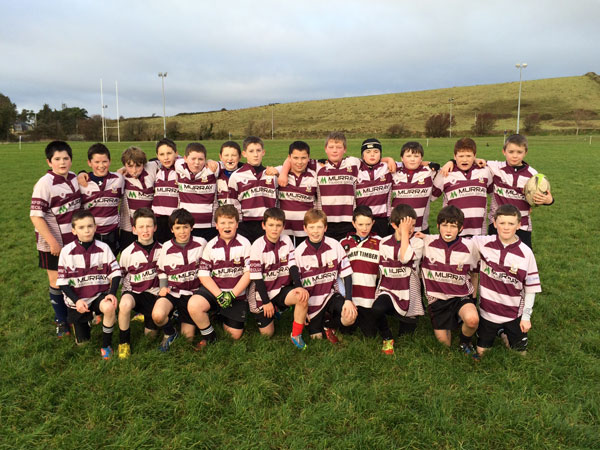 Creggs U13’s travelled to Westport last Saturday morning in round 4 of the league and came away with a very well deserved 14 – 7 victory.

Creggs Had the much better of the first half and were putting pressure on the Westport defence from the start, up front, Tom Farrell, Adam Downey and Eric O Doherty were making good line breaks and were well supported by Aodha Hession, Jack Hanley, John Why, Evan Comiskey and Ethan Glennon. In the backs David Finneran, Mark Purcell, Jack McGahon and Paddy Gannon were doing well to stretch their opponents

Creggs took the lead after 10 minutes when after a number of close drives Thomas O Brien scored from close in which was converted well by Mark Purcell. Creggs continued to attack and Aodha Hession was unlucky not to score however in trying to clear the ball Eoghan Browne intercepted to score in the corner which was again converted by Mark Purcell Putting Creggs up 14-0 at half time.

The second half Creggs had the better of the play and Sean Tully, Eoin Dowd, Diarmuid Quinn, Sean Quinn, Dylan Cronin, Liam O Beirne, Simon O Beirne and Richard O Beirne all did well on their introduction. Westport did score a breakaway try 5 minutes before the end when they ran the length of the pitch however Creggs closed out the game and it finished on a final score of 14-7 to Creggs.