Creggs Played their second game in the U14 League at home to Westport last Sunday Morning and continued their unbeaten start to their league Campaign with a 17-7 victory . This was a hard fought game throughout and the victory was never certain until the final whistle.

Creggs had the better of the early territory however were finding it hard to control their own ball against a very committed and well drilled Westport front eight. Creggs took the lead after 23 minutes after a number of phases of play and excellent line breaks from Melvin Conteh and Brian Maloney led to James Brandon picking from the back of the ruck and touching down for the opening try which was converted by Ronan Dowd. Creggs continued to have the better of territory and Oisin McConn, Eoghan Coyle and Shane Purcell were doing very well at the breakdown to turn ball over and keep Westport in their own half leaving the half time score 7-0.

Westport started the second half well and took early control of territory using a kicking game to pin Creggs Back in their half and they got their reward when they scored a try 9 minutes in when Thomas Johnson touched down which was converted by Harry Gillivan, leaving the score 7-7. From the kick off Westport failed to control the ball and Creggs went on the attack and some fine play from James Brandon, David O Gorman and Michael Conroy kept the move going and when Danny Arnold was just held short, Aaron Glennon picked the ball from the back of the ruck and dived over from close range giving Creggs a 12-7 lead.

The game was in the balance now and Creggs managed to get back into their opponents territory and when the ball was well set up by the pack the Creggs backs looked to move the ball wide and Niall Cunniffe managed to get outside the defenders to score a very well taken try in the corner to secure the victory. 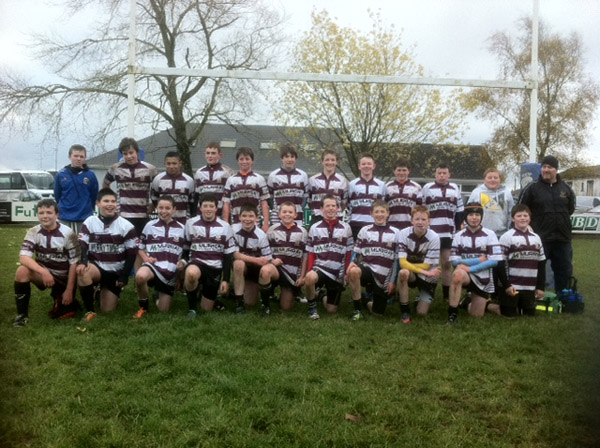