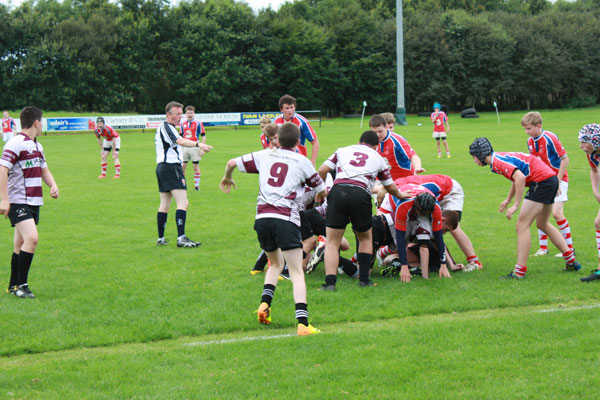 Creggs U15’s played in round two of the league away to Ballinasloe on Friday night under lights and ran in four tries in a second half blitz to take the points on a scoreline of 23-0. Ballinasloe RFC had the better of possession in the first half and kept things tight with their bigger pack however due to some excellent tackling around the fringes Creggs managed to keep them from progressing into their 22″ and kept them scoreless in this half.

In the second half Creggs gained parity upfront through some excellent work by James Brandon, Danny Arnold, David O Gorman and Brandon Hanmore and out wide Ronan Dowd, Shane Purcell and Niall Cunniffe were now finding holes in the Ballinasloe Defence. Eoghan Coyle directed things well from the base of the scrums and Jason Hoare was also unlucky not to score on a couple of occasions in the corner.