It took a penalty 10 minutes from time from Brian Cleary to separate Galwegians and Creggs in the opening round of the U17 League in Galway on Sunday morning.

In a game played in beautiful conditions this games was played at high tempo with two very committed sides. While both sides had their periods where they dominated territory it was the defence that won out anytime a score seemed imminent. The breakdown was an area where both sides targeted turnover ball and were successful time after time to stop the opposition from scoring. For Creggs Ross Mugan, Barry McDonnell, Maurice Buckley, James Regan and Dylan Keavney were prominent in the loose, while both Tom Oates and Brian Donohue made sure of a steady platform from the lineout.

Creggs Defence had to be at their best to stop a good Galwegians back line and Rory Collins, Ryan Horan, Diarmuid Cunniffe and Rory O Brochalain never relented in their tackling duties while also showed well in attack while Brian Kelly and Brian Cleary made great decisions and kicked well to keep the Creggs forwards on the front foot. Creggs used their full squad and David Murray, Jamie Mee, John Brennan and Brian Collins did well on their introduction. 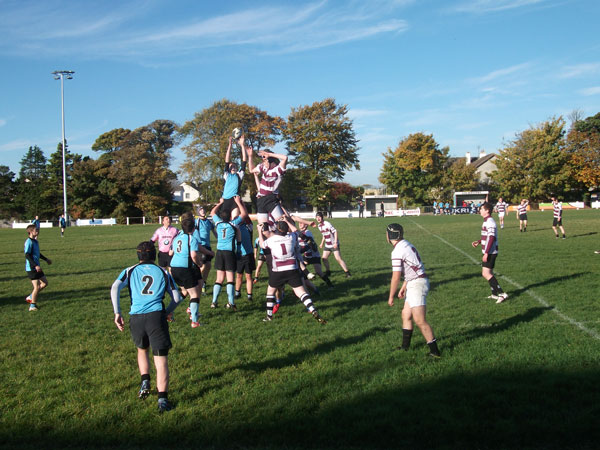