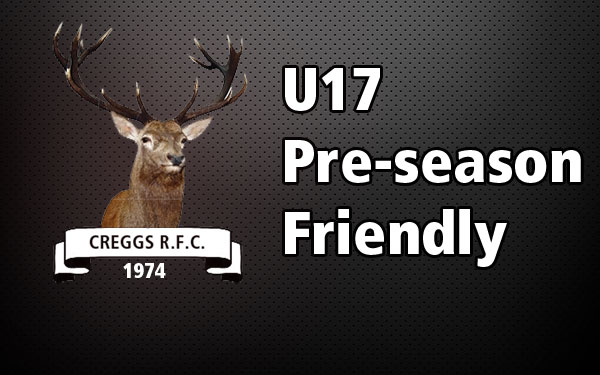 Creggs entertained Longford last Friday evening in Creggs in a very enjoyable game. Creggs turned on the style early on with half backs Kevin Gavin and Shane Dowd looking bright and assertive as the ball was moved quickly to winger Christy Leahy who crossed over for the first of his two tries on his debut. Creggs dominated in the loose with Simon Spain, Alex Syrek and Rory O’Donoghue creating a platform for Kevin Gavin to score under the posts. Full back Noel Gately joined in on the act by cutting through the centre to touch down for the first of his two tries leaving Creggs comfortably ahead at half time.

The second half saw number 8 Brian Diffley score a brace of tries after good support from Brian Coady, Thomas O’Byrne, Connor Gore and Aidan Devine, Kevin Gavin added the extras. Longford replied with a well worked try of their own but Creggs dominated possession and territory for the remainder of the game with Dan Butt regularly finding Brian Collins at lineout time and Cathal Crehan playing very well when switched from wing to scrum half on his debut with Creggs. James Regan delivered his usual powerful performance in the engine room at second row and he as well supported by Conor McNeill, Christy Leahy and Rory O’Donoghue who can both feel very pleased with their performances.