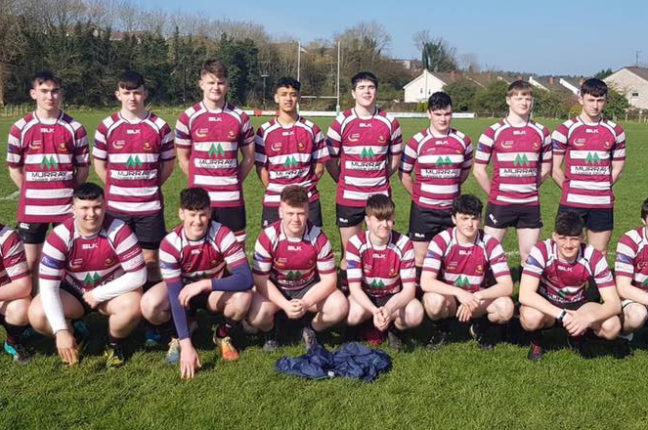 Played in glorious conditions in Ballina last Sunday morning the Creggs Under-18’s team advanced to a Connacht Final with a very impressive victory against a fancied home team.

A try from Tim Lambe after some strong work from his forwards opened the scoring for the visitors and Creggs were good value for their lead. But this was a game that the defences were on top for large periods and at half time Creggs led 5-0.

After the restart, Creggs struck again when from a scrum on their own 22 the ball was kept alive beautifully on the blind side for Lambe again to strike in the corner and Mark Purcell added ta good conversion.

Ballina showed great character to lift their game and scored a converted try under the posts on 50 minutes, following several phases of play to make the score 12-7 and the contest was very much in the balance.

However it was Creggs that had another gear and two quick tries (one converted from out half Mark Purcell killed off the game as a contest which ended with a victory for the Creggs lads by a margin of 24-14 and a place in their second Connacht Final scheduled for this month. The first of these, the Connacht League Final is on this Sunday.