Creggs Rugby Under-16 Rugby team embarked on a great adventure and tour of Wales a couple of weeks ago.

A party of 23 players and 10 adults(coaches and parents) departed from Knock airport on Friday Morning 20th. April. Arriving at Bristol airport the tour party were transferred by coach to their host club Llandovery RFC. 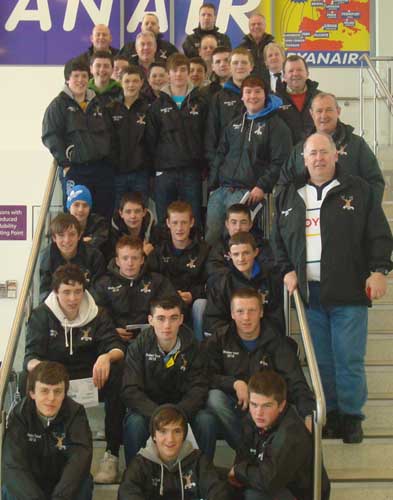 Llandovery rugby club is a club steeped in the tradition of Welsh rugby. Established in the 19th. century and a founding member of the Welsh Rugby Union this proud club proved generous and warm hosts and tough opposition on the field of play.

Llandovery fielded a very strong side featuring currently Welsh U-16 representatives and though Creggs U-16 led half way through the first half 9-3, their Welsh opponents pulled away to win comfortably in the end.

None the less, this was a fantastic experience for the Creggs lads captained by Dylan Keaveney, who acquitted themselves admirably playing abroad for the first time in “the spiritual home” of rugby football. Indeed it was remarked several times over the weekend by their hosts that the Creggs U-16 team’s behaviour was exemplary and a credit to their Club and families. 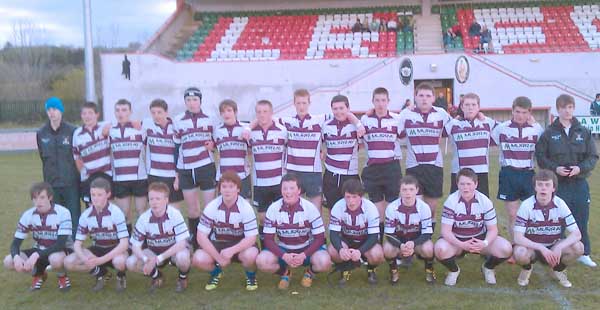 On Saturday morning the tour party had a strong “bonding” session where they went climbing up-stream and Gorge Walking in the Welsh mountains including some 10 meter jumps off cliff faces (but in a safe and controlled manner). Not for the faint hearted but a great time was had and some relief when all returned intact!!!

A further highlight on Saturday was a tour of the Liberty Stadium Swansea organised by Pat Cuddy, Athleague native and successful business man in Wales whose son Mike is the managing director of Osprays Rugby Club. 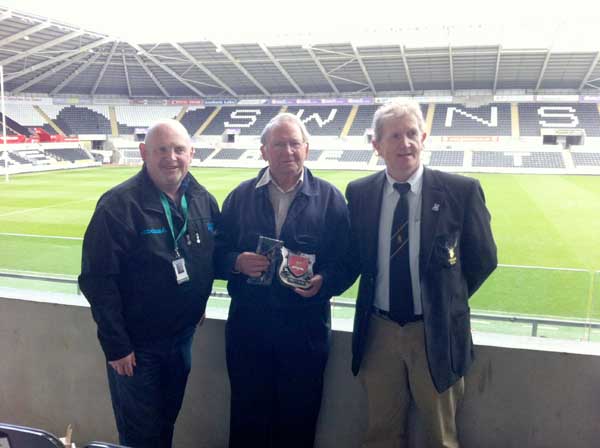 The stadium is the shared home to Swansea Football and Ospreys Rugby and the Creggs lads got to sit in the dressing-rooms occupied one week by the stars of the Premiership such as Rooney and Tevez and the following week, rugby stars like Brian O’Driscoll and our own Dennis Buckley.

Saturday evening the tour moved on to Llanelli and the Creggs party arrived at Parc y Scarlets for the RaboDirect Pro12 match between the Scarlets and Munster.

The Connaught lads switched jersey for the night to support our Munster cousins and indeed were most vocal in their support of Munster resulting in them being picked out on several occasions by the television cameras.

It proved to be a very tight game ending in a draw. The final highlight of the tour came when the Creggs U16 Captain and a teammate were invited into the dressing-room post match to meet the Munster team. Then a little later the entire Munster team agreed to meet up with the Creggs party outside the stadium for photographs, autographs and a few words. Indeed some of the Creggs lads were gifted togs, socks etc. by the Munster players as a memento of the game.

Sunday morning the tour party of 33 headed back home, flying into Knock, exhausted but having an experience that will stay with these young men for a lifetime.

Creggs Rugby thanks everyone involved in making this a very special trip to Wales. This includes our President Berney Higgins, all the Under-16 management and coaches (who looked after every detail), as well as parents that travelled. A big thank you to Richard Keavney from Athleague, who was a major influence and help in organising the trip. 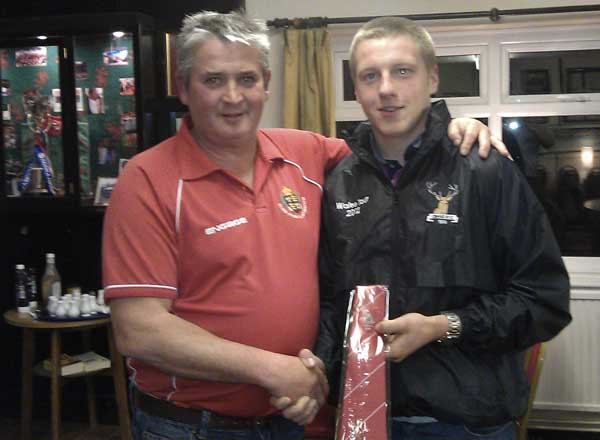 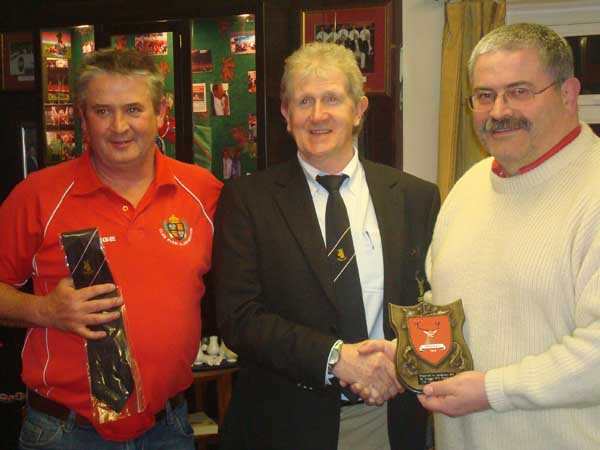 Many thanks to Vincent Collins (Service Matters), Aidan Farrell (MJ Farrells) and Angus Oates (Oates Auctioneers) for their very generous sponsorship of Creggs Rugby Tour Club Jackets for all the players and others members of the travelling party.

Con Maloney, the host at the L&A Adventure Centre (accommodation and sports activities in the Welsh Mountains), our bus transport and everyone else that looked after everyone so well, and making them so welcome.

Pat Cuddy is originally from Clooneyourish, Athleague Co Roscommon is the founder of the Cuddy Group, Engineering and demolition company, which has their head office based in Neath. Cuddy Group (www.cuddy-group.com )is the fifth largest demolition contractors in the UK. The company is now run by Pat’s children. However, we were told that Pat (a fit man of 75 years young), can still be found behind the controls of a digger on the odd day!

His son Mike is the Cuddy Group Managing Director and is also the Managing Director of Ospreys Rugby Club in Swansea. Their team is well-known to all Irish supporters not just for their success in the Magners League (now RaboDirect Pro12), but it is of course the club where Irish Rugby’s living legend Tommy Bowe has played for many seasons before his pending return to his native Ulster later this year.