Creggs Rugby Football Club is based right alongside the County border between Galway and Roscommon, about eight miles from Roscommon Town.

Creggs RFC was formed in 1974 and success came early, winning the Connacht Junior Cup in 1978 and over the years the club won a number of Junior Cups and League titles. A couple of seasons in the All-Ireland League (Division 4) in the mid-1990’s also followed.

In recent years great work at Mini and Youth grades is proving a success with growing numbers and competitive in all age groups in the top level in Connacht.

For the 2018-19 season the club will field a First Senior Team in the top Connacht Junior 1A Division, and the Creggs Seconds will complete in Division 1C, both sides having been promoted.

For the start of the 2018-19 season, Creggs hope to have the first full-size IRB approved 3G/4G rugby playing pitch in Connacht in place by September 2018, as well as two more new additional sand-based grass pitches available from spring 2019.

These will be in addition to ‘The Green’, which remains our main sand-based grass pitch.

Other ground works, changing facilities, local amenity provisions, etc. developments are also on-going at Creggs RFC and will continue in the season ahead.

There is always a great welcome in Creggs and the best of hospitality. 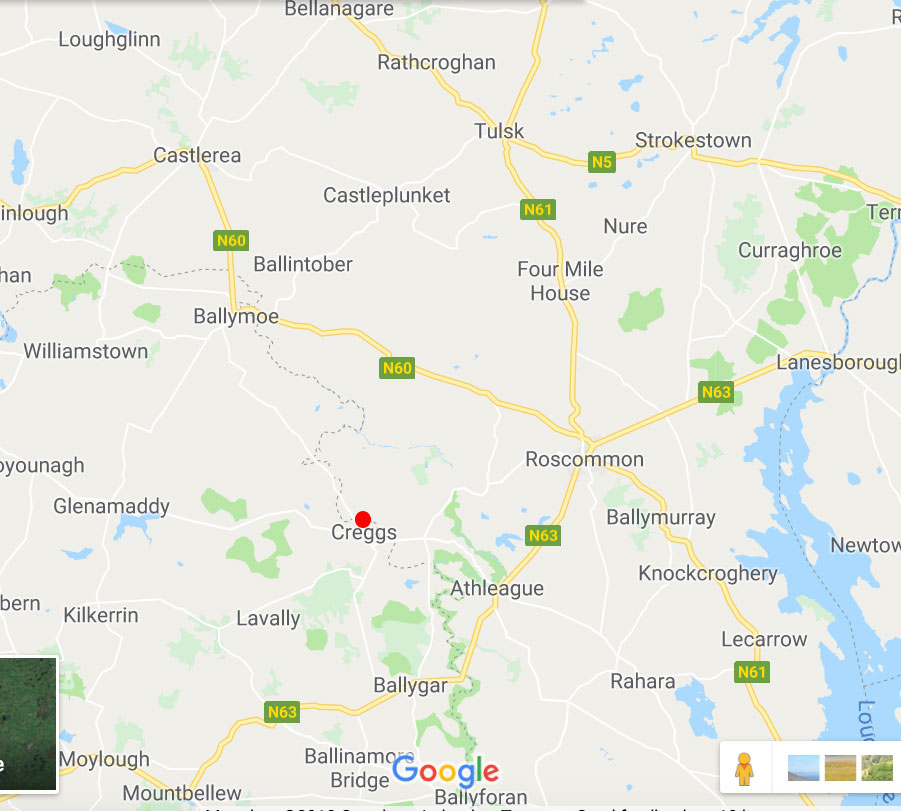 It is located at the turn where the R362 (Roscommon – Glenammddy Road) meets the Creggs – Glinsk Road, in the village of Creggs.