A try by No.8 Kevin Brandon sealed a bonus point win for Creggs in Sunday’s Junior league game played in ideal conditions at Ballyhaunis . However,following a lengthy break from competitive action,it took Creggs a long time to wear down the strong and determined challenge posed by Ballyhaunis. The first half was forgettable,with both sides lacking nothing in endeavour, but numerous handling errors prevented Creggs from turning a significant territorial advantage into points on the board. In fact ,it was Ballyhaunis who came closest to scoring when they were stopped short of the line just before halftime as they went all out in search of a try.

Creggs hit a new gear on the resumption,with fullback Kevin Gavin getting through for a well-worked try in the left corner following some crisp handling by the three-quarters. Ger Heneghan put further distance between the teams with a fine try from broken play,and a second try by Kevin Gavin in the 54th minute left Creggs comfortably ahead. Shane Dowd converted Gavin’s try with a superb kick from the touchline,but Ballyhaunis,led by the Gallagher brothers,responded with some rousing forward play to carry the battle to Creggs once more. With time ticking away,

a long clearance by Shane Dowd set up a good attacking position for Creggs ,and Kevin Brandon powered through the Ballyhaunis defence for the all-important fourth try to maintain pressure on League leaders NUIG. Dowd was unlucky to see his well-struck conversion attempt rebound off the post.

Creggs have a home game v Loughrea next Sunday,kickoff 2.30pm. 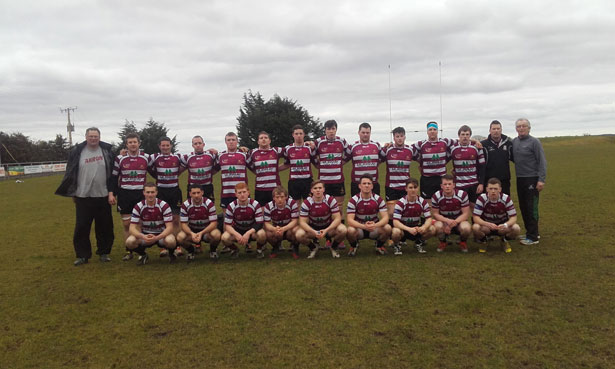