Creggs U15’s travelled to the foot of Croagh Patrick to play Westport RFC in the first round of the cup last Sunday. In one of the most scenic rugby grounds in the country the sun was shining brightly on what proved to be an excellent day for the young Creggs lads. Westport started strongly and should have scored first but some excellent defence from Creggs pair John McDonald and Jack Hanley just keep the Mayo boys out and Creggs out half Mark Purcell cleared up field. Creggs won the line out and full back Aaron Hannon crossed over for the first try after just 6 minutes converted by Purcell.

Westport came back strongly from the kick off and only a brilliant last ditch tackle from Ryan O Keeffe prevented the home team’s winger from scoring a try. The Creggs pack was now in the ascendancy and powerful meters were being made by Jack Keegan and Jack Tucker, Tucker was rewarded with the second try of the match after 20 minutes when his power was too much for the opposition to handle and he broke through for a fine score. On 27 minutes Creggs stretched further ahead when loose head prop Tom Farrell scored a try from close range which was converted. The Westport team need something to happen for them before the break and it came when the Creggs defence was caught napping and Westports full back Steven Keating capitalised on a tentative kick for territory which he gathered and scored in the corner leaving the half time score 19-5 to the visitors.

Creggs captain Aodha Hession was marshalling his troupes well and Creggs didn’t have to wait long into the second half for full back Aaron Hannon to score his second try and extend the lead. That was followed by the score of the match when the excellent Creggs number 8 Jack Keegan powered almost the length of the pitch to touch down and insure that there was no way back for the Westport side. Hession was rewarded with a try of his own on 76 minutes to cap off a wonderful display by the Creggs U15’s. Westport did get a consolation try in injury time scored by Connor Calvy leaving the final score 38 -10 to Creggs. 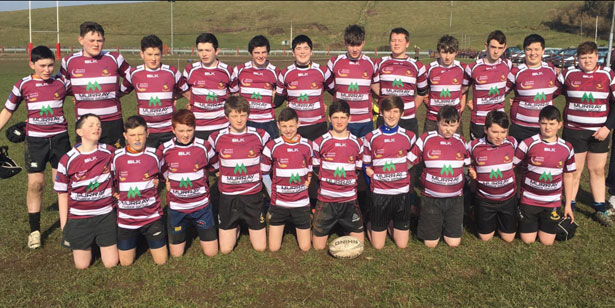