Creggs U15’s booked their place in the Connacht plate final with an impressive 34-12 win over Oughterard in Galway on Sunday morning last. Played in overcast but dry conditions the Creggs lads were physically bigger and used their size advantaged to good effect especially the Creggs forwards who were dominant throughout the match.

The away team started stronger and were soon rewarded when Captain Aodah Hession powered over for the first score which Mark Purcell converted. Centre Sam Sullivan was having one of his best games for Creggs powered through for a second try and only excellent and brave defending kept the Oughterard team in the contest. Their efforts were rewarded with a breakaway converted try but the consistent Creggs number 8 Jack Keegan added another try leaving the half time score 17-7 in favour of the away team. 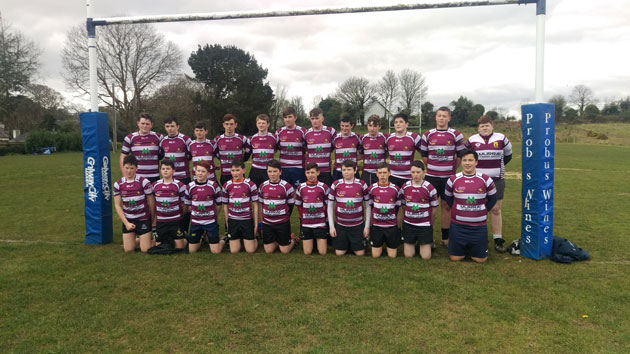