Creggs 24 Westport/Ballinrobe 17
Creggs U18 captured the league Bowl title after a very entertaining game last Saturday against a very committed Westport/Ballinrobe team played in perfect conditions in Ballyhaunis. The dry conditions and good playing surface at the Mayo venue allowed Creggs to move the ball quickly at every opportunity. This yielded the first of their tries after 15 mins when prop forward Dan Butt latched on to a tapped lineout from Tom Oates to surge over the line well supported by Simon Spain, Rory O’Donoghue and Michael Kelly. Kevin Gavin converted expertly from the touchline and further pressure by Creggs yielded another penalty which Shane Dowd converted. Westport/Ballinrobe responded themselves with a penalty but a break by Shane Dowd cutting through the centre and evading several would be tackles saw him score under the posts for a try which he later converted. At half-time with a 17-3 lead Creggs seemed in a comfortable position but Westport/Ballinrobe rallied strongly in the second half scoring an opportunistic breakaway try and later converting two penalties which brought the score to 17-14 with only three points between the teams Creggs were thankful for great tackling by Edward Clinton, Rory O’Brolachain and Kevin Gavin to keep the opposition from taking the lead. Creggs then upped the ante for the final twenty minutes by securing good field position and after several good drives by Michael Feeley, Tom Oates, Ronan Cahill and Matthew Brandon, the ball was accurately moved by scrum half Rory Collins across the backline to wing Michael Farrell. He had a lot to do but he cleverly sidestepped the opposite winger and managed to touch down in the corner for a crucial unconverted try. Minutes later Creggs were back near the Westport/Balinrobe line and good handling by backs Shane Dowd, John Brennan and Rory O’Brolachain saw Kevin Gavin cross for the final try. Final score Creggs 27 / Westport/Ballinrobe 14. Creggs now look forward to the quarter-final of the cup in two weeks time when the take on cup favourites Galwegians in the Green, Creggs. 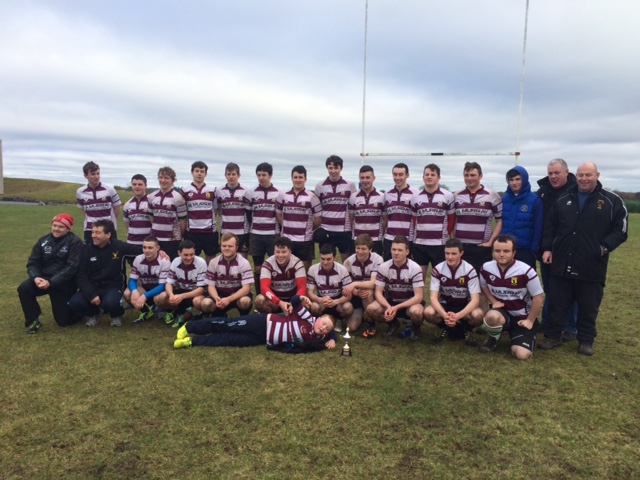