It’s “Breakfast with the Lions ” on Saturday morning next in the Hollywood Bar in Roscommon. Doors open at 8am for this Creggs Rugby fundraiser, with tickets on the door – Adults €15, Youths and Mini rugby players €5. 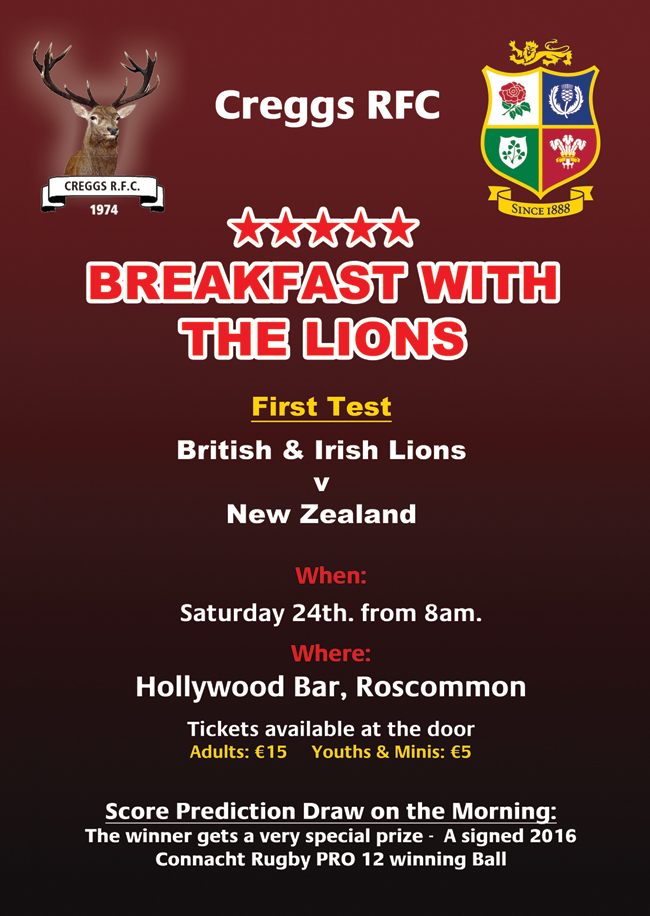 Watch it on the big screen or on one of the other tv’s in the Hollywood Bar with breakfasts served at half-time. Hopefully we will see a big Irish contingent captained by O’Mahony feature on the day including Furlong, O’Brien, Murray, and hopefully three or four from Sexton, McGrath, Henderson, Stander, Payne, Henshaw and Best. 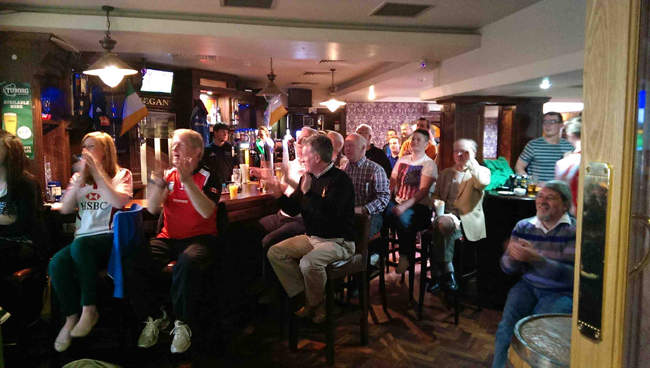 Just part of the large crowd that attended our last ‘Breakfast with the Lions’ in the Hollywood Bar in 2013.

There will be a Score Predictions Draw on the morning with a super prize for the winner – a signed 2016 Connacht PRO-12 Winning Team Ball – just €2 a line or 3 lines for €5.

See you in the Hollywood for the Creggs Roar and a Lion’s Breakfast!!