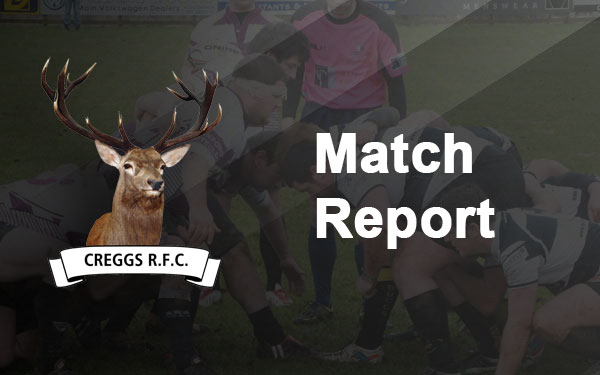 Creggs were pushed all the way by a strong and experienced Corinthians outfit in an entertaining game which featured some rousing passages of play by two evenly matched teams.

Corinthians opened the scoring with a well struck penalty by centre Conleth Mullen after 25 minutes, the only score in the first half.

Creggs then went in front shortly after half-time when James McNally finished off a back-line move with a well-taken try in the right corner following excellent work by Ronan Cahill and Martin Quinn. 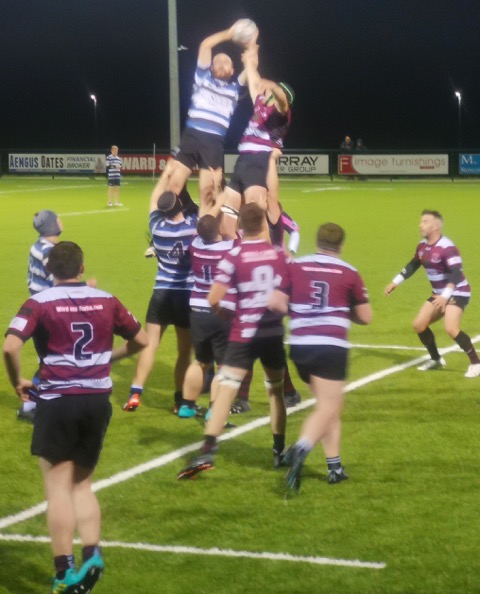 Corinthians responded with another penalty by Conleth Mullen in the 54th minute before powerful second-row Neville Walker crashed over for a fine try which Mark Brandon converted to put Creggs 12-6 ahead as the game entered the final quarter.

However, from the restart Corinthians enjoyed a period of dominance which ultimately yielded a try by Lorcan Smyth, converted by Mullen, to put them ahead by a single point before a rousing finish saw John McDonnell force a penalty against Corinthian’s at a crucial time.

Mark Brandon hheld his nerve to slot the resulting last minute pressure kick to give Creggs a narrow but deserved win.

Creggs next league game is in a fortnight at home to Carrick RFC and the squad will be looking to maintain the momentum generated by this win which tested their skill and commitment right to the end. There were many excellent performance from Creggs players on the night and the game was played in from of a good home support.