Creggs u13 travelled to Connemara last weekend in the first round of the U13 cup. Played in very challenging conditions, dry but very wild and windy it was Creggs who came out on top.

Creggs played with the wind in the first half and made the most of it with some fine kicking from James larken.

Creggs were first to open the scoring with a fine try from captain Tim lambe from the back of the scrum.

Killeen Higgins scored the second just before half time from a penalty on Connemara 5 yard line with a quick tap and go to barge over the line .

The second half was a complete contrast to the first as creggs this time round were holding onto the ball and rarely kicking away possession.

Connemara’s come back came in the second half but some great defensive work from Own Hester, Michael Kelly and Kayley Mannion held Creggs firm.

Creggs third try came from a great break in his own 22 from James Larken who ran the full length of the pitch to score under the posts.

Connemara fought till the bitter end and scored just before the final whistle. Creggs u13 are now in the quarter finals of the cup and all support is needed. 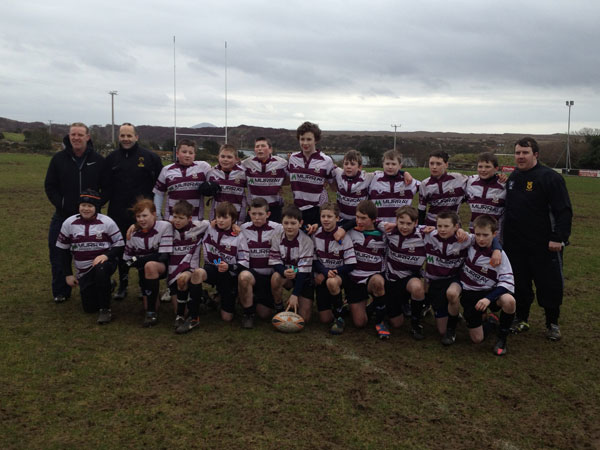