Creggs RFC U14’s travelled to Ballina RFC on last Sunday morning for the quarter final of the Connacht Cup. Played in absolutely beautiful conditions, this was a real Cup tie, where both teams moved the ball at every opportunity and served up a 7 try feast of rugby. 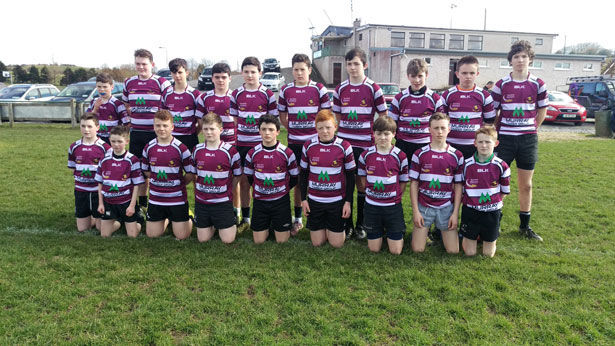 After easy victories over Corrib RFC and Westport RFC in the previous rounds, this game was always going to be much more difficult for the Creggs lads and so it proved and Ballina hit the ground running from the very start and took the lead after 2 minutes when number 10 Oisin Flynn moved the ball through the hands for centre Jason O Brien to beat the cover out wide to take a 5-0 lead. Creggs now began to take the ball on up front and early on Louis McCaffrey, Lorcan Maher, Jack Tucker and Luke Divilly were prominent and after a succession of scrums in the opposing 22″, Creggs eventually got a score through Rory O Callaghan after 9 minutes which Mark Purcell converted to take a 7-5 lead. 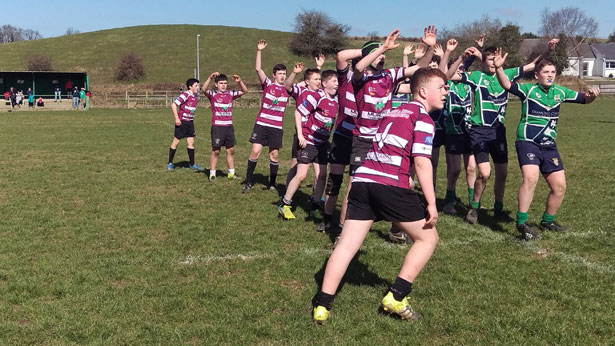 Ballina were playing the better rugby in the first half and deservedly retook the lead after 17 minutes when they moved the ball from their own 22″ and after going through 4 or 5 sets of hands eventually centre Tadhg Ruane touched down in the corner to give Ballina a 10-7 lead.

The Creggs lads knew now they were in a battle and knew they needed to get a foothold up front to get their backs into the game and so it proved when 5 minutes before half time they drew level from a penalty from Mark Purcell after good work up front from Ethan Glennon, Ben Finnerty and Ronan Lambe who were being well marshaled at 9 by Cian Glennon caught the Ballina cover offside at a ruck. Ballina continued to test the Creggs cover for the remaining minutes of the half but good defense from Brandon Kilcommons, Jack Crehan and Darragh Kiernan kept the score to 10-10 at half time.

The second half began with Ballina continuing to attack but after 9 minutes, the game changing score came when Creggs moved the ball from the back of the scrum just outside their own 22″ and caught the Ballina backs by surprise and when Mark Purcell released Aaron Lyons, the Creggs centre had a lot of work to do but his pace outstripped that of the Ballina defence and he touched down in the far corner which Mark Purcell converted to give Creggs a 17-10 lead.

The Ballina effort was now beginning to falter and Creggs forwards were now getting the better of their opponents and Creggs kept their opponents pegged back in their own half. The next Creggs score came after 16 minutes, when the good work from Jack Tucker and Lorcan Maher got Creggs into the opponents 22″ but when they were turned over it looked like the opportunity was gone but as the defence tried to kick clear and block down by Ronan Lambe was gathered by Rory Callaghan who dived over for second try which was converted by Mark Purcell to stretch the lead to 24-10.

Creggs continued to put pressure on Ballina and stretched the lead further on 20 minutes when a penalty 5 metres out was taken on by Luke Divilly , with the help of James Rocke and Ben Finnerty and when the ball was recycled Rory Callaghan dived over again for his third try which increased the Creggs lead to 29-10.

Ballina to their credit were not finished and kept batting away and got their reward with the last play of the game when a kick through took a very wicked bounce for the Creggs defence and bounced invitingly into the arms of winger Luke McWilliams to gratefully dive over for this sides third try to leave the final score Creggs RFC 29 Ballina RFC 15.

Creggs U14’s will play the winners of the Ballinasloe V Buccaneers quarterfinal in the semi final on the weekend of April 10th. Well done to the lads who have also qualified for the semi final of the Connacht Division 1 league to be played over the coming weeks.