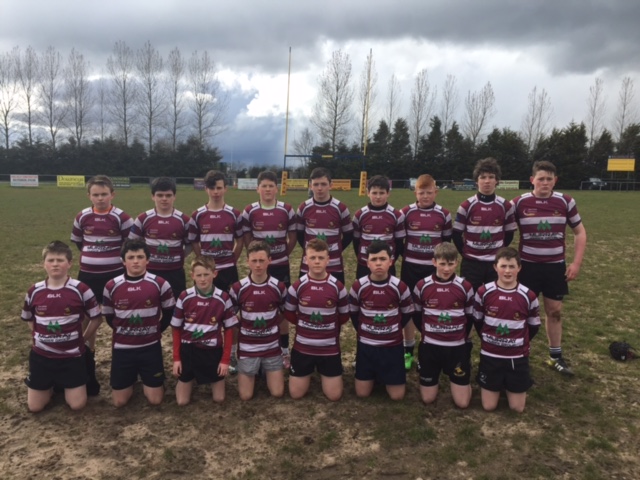 Creggs Under-14’s produced a brilliant performance in drawing with a fancied Ballinasloe RFC last Saturday in the semi final of the U-14 Connacht Cup, in Ballinasloe.

After suffering a loss to Monivea in the semi final of the league mid-week, Creggs went into this game against the cup favourites without a few regulars and low on confidence after the league semi final loss,

However the lads turned it around and put in a performance they can all be proud of. Creggs had the better of much of the early parts of the game and scored early through a penalty from Mark Purcell.

Up front the pack were standing up very well to their bigger opponents with Ben Finnerty, Luke Divilly, Jack Tucker, Rory Callaghan, Lorcan Maher and Diarmuid Fahy very much to the fore of the good work the forwards were doing.

Ethan Glennon fitted in very well at 9 with Cian Glennon moving out to 10 on the day moved the back line much better and gave Purcell and Aaron Lyons room to attack.

Best wishes to Ben Finnerty
Ballinasloe did level things up after 8 minute of the second half but Creggs were just getting back on top when an unfortunate Knee injury to the excellent Ben Finnerty meant the game was called off with 7 minutes remaining. Creggs management and players wish Ben all the very best in his recovery.