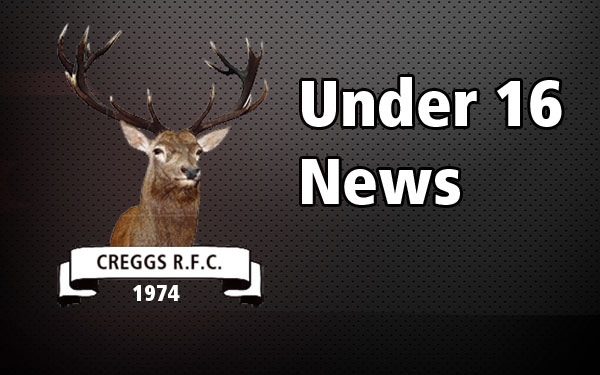 On Thursday the 20th of December, Creggs Under-16 locked horns with Monivea RFC in a historic event that saw the first ever game played on an approved artificail surface in Connacht. The significance of the event drew a lot of attention and rugby fans from all over the province turned up in their numbers.

Creggs’ performance lived up to the excitement as they put Monivea on the back foot from the off. Creggs’ Shane Connaughton was first to touch down on the new surface as he converted the momentum that his side had built up in the opening period.

More tries followed from the likes of Mark Kilcommons, Edimar Filho, Dara Hughes, Tyrese Etete and more. Darren Gately added the extra points from the tee as Creggs continued to a well-earned victory. A great performance from the home team that fittingly honoured the development of the new 4G pitch.

Creggs Under-16’s now travel to play Corinthians on Saturday in Galway, where a win would put them in the running for the fourth Connacht 1A League Semi-Final slot. Tuam RFC and Sligo RFC are both competing with Creggs for this.